Nobody represents the angry anti-public school side of reform better than Jeanne Allen. She's the founder, president, and chief spokesperson for the Center for Education reform. She graduated from Dickerson with a degree in political science, then moved on to study political philosophy at the Catholic University of America. She was the "youngest political appointee to serve at the pleasure of the president, Ronald Reagan, at the US Department of Education, then became the ed policy chief at the Heritage Foundation." She earned an Educational Entrepreneurship masters at University of Pennsylvania in a program that offers what I once called "a degree in soulless profiteering." She announced her intention to step out of the president role in 2013, but no successor was named and apparently, she stayed right in place.

CER is packed with charter groups, charter operators, and investor groups from their board to the advisors to their contributors. Oddly enough, the smallest group is The Team. 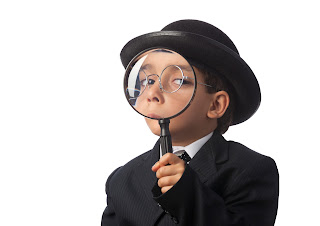 She's pretty intensely committed. It took her about fifteen minutes to get over her initial antipathy toward the Trump administration, and her analysis of the GOP's 2018 losses was that they weren't reform enough. She went to bat for cyber charters when even folks in the charter sector were slamming them. And she called for a full Reagan on the LAUSD teacher strike earlier this year-- just fire 'em all. And with all that, she can be mighty touchy; when the documentary Backpack Full of Cash had the audacity to quote her accurately, she was most put out.

Allen's voice turns up many places; this week, she's in the pages of the Post and Courier of South Carolina posing a bit of a murder mystery-- Who is killing charter schools? And the answer is-- well, it's not clear what the answer is, actually.

She's jumping off from the teacher walkouts in South Carolina last week, but she really wants us to understand that the teachers union is not the murderer-- even though, in her telling, they really really want everyone to believe that they are that powerful. Not for the first time, it occurs to me that Allen may not love school reform half as much as she hates teachers and their unions. But here's the start of her detective work:

Earlier in the year, teachers went on strike in Los Angeles, Denver, West Virginia and other areas. The teachers’ narratives say they strike for higher pay and lower class sizes, winning victories for children against all odds.

But the real story isn’t so pretty in many places: It’s a tale of politicians working to kill charter schools, sacrifice opportunity for their students and hurt children’s education, just as they’ve done for decades.

As Exhibit A, she is going to offer her own unique retelling of the West Virginia strike. She says that teachers last year protested salaries and health care costs, "this year they protested a bill that would allow the first charter schools to open in the state." That is correct in the same sense that if I send back a salad that comes topped with raw liver and rancid cheese, I am sending back a dish that contained lettuce. West Virginia teachers struck for five demands, including the end of certain union-busting bills and no charter expansion. A year later, the legislature placed a bet that teachers wanted their raises and health care badly enough to give in on a radical expansion of choice ideas-- not just charters, but super vouchers. They lost the bet. Allen says that union officials crowed about the victory, but it's worth remembering that the West Virginia strike was a wildcat strike.

But Allen's point is that teachers did not murder charters in West Virginia, no matter how much they want to take credit. No, she says, the bill was never going to pass. The GOP has long had control, but "the powers that be in the Mountain State just have no interest in creating educational opportunities for the students of their state."

Here's where Allen's detecting runs into trouble-- every good murder mystery fan knows we need to establish opportunity and motive. But Allen's singular vision is so tunnel bound that she can never imagine any reason for people to disagree with her except that they are evil and stupid. If I were someone who wanted to sell charters to WV, and they weren't selling, I might ask why not, find out the concerns, try to address them. Could it be that in a largely rural not-very-wealthy state, folks are worried about the impact of charters on local school budgets? Could it be that they've seen nothing happening in nearby charter-friendly states to make them say, "Yeah, that looks like a good thing to do."

But Allen's not interested in digging. WV test scores are low. Unions and politicians agree, for some reason, that nothing needs to change. And yet there have been two strikes over this stuff-- what, did the union and legislature get together and say, "Let's just stage a whole strike thing to throw Jeanne Allen off the scent"?

"Teachers unions take credit for killing charter schools like politicians take credit for grain growing," says Allen, which means that, I guess, the death of charter schools is a normal, natural process? Unions, she says, want to pretend to be powerful so they can keep deluding their dues-paying members, because desperation post-Janus and fear of parents hungry for change, which means, I guess, that the change-hungry parents in WV don't vote?

We're still hunting for a motive and a murderer. Politicians, she says, are always happy to kill innovative education programs and point the finger at organized labor. Are they? Really? Politicians just sit there and say, "Yeah, that looks like an education innovation, so I say kill it right away." Why do they do this?

But those teachers (who didn't murder the charters, but let's talk about why they want to murder charters) strike despite the research Allen's group has collected showing that charter schools boost math proficiency. No link to that research, nor the research claiming that Oakland charters are magical. It probably wasn't either of these two, but let's get serious-- nobody at this stage of the game can seriously claim that there's research showing a clear, consistent, universal charter advantage.

Oh, and also, those teachers are hurting kids by striking because strikes have a "proven negative impact" on education. So does the long-term degradation of the public education system.

So you have to keep an eye on those unions, who are in no way powerful enough to kill charters, but boy do they wish they could, so watch them, and learn from the union in West Virginia even though-- twist!!-- there is no teachers union in South Carolina. Still, now that advocates (polite term for lobbyists) are pushing for charters and choice, "some intrenched interests are pushing back-- both in union halls and state capitols nationwide." Except not in South Carolina, where she just told us there are no unions and so, presumably, no union halls.

So who is killing charter schools? Definitely not the teachers. Probably the politicians, except we haven't come up with a single idea about what their motive would be, and since virtually every reform goal has been achieved politically over the last twenty years-- well, of Common Core, charters, or vouchers, name a single reform policy that was pushed by an actual grass roots popular demand. All are the result of "advocates" and stacks of "advocacy bucks" and well-connected corporate backers and, in places like Florida, self-serving politicians.

Who is killing charter schools? Jeanne Allen has no idea. It's certainly not the drip-drip-drip of daily news about charter failure, fraud or waste. It's certainly not the growing number of local public school districts that are learning about how many resources they lose to charters, or the taxpayers who discover that choice policies also rob them of their voice. It's certainly not the growing number of people who believed the charter hype and have now learned better. It couldn't have anything to do with people who have a serious and sincere concern about education in this country who disagree with Jeanne Allen about the virtues of choice and charters.

No, it must be some dark conspiracy. The solution. in Jeanne Allen's world, is for all the freedom loving parents to rise up and demand elected representatives who bring charters to life. But if she can't solve a simple murder mystery, I'm not sure how she'll ever figure out what happened to the vast groundswell of charter and choice support that still hasn't arrived.

Posted by Peter Greene at Monday, May 06, 2019
Email ThisBlogThis!Share to TwitterShare to FacebookShare to Pinterest