This is a small thing, but it's an important one that points toward how the rules in PA are written to make running a cyber-charter just like printing money. 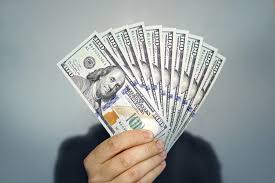 In Pennsylvania, there's been a rule since 2003 (Act 48) limiting how much money a school district can park in its unreserved fund balance--basically just extra money in the bank that's not assigned to any purpose. Limits are in the 8%-10% range. This addressed a real issue--when my local went on strike in 2002, we found that the school district had so much money in the bank that they could have given taxpayers a full year off and still run the district without going into debt. It's legit to wonder why schools should collect taxpayer dollars just to sit on them.

So the legislature said that the districts could only have X% of their full budget parked in the bank as undesignated "extra" money.

Guess which outfits the rules does not apply to?

A report issued back in June, 2021 by the Pennsylvania Charter Performance Center shows that thirteen Commonwealth cyber charters were sitting on $74 million in unassigned fund balances in 2019-2020--$52 million of that added in just the previous year. Some gains were modest-- Commonwealth Charter Academy has less than a million banked. Some are astonishing; PA Cyber added $18.7 million to its bank account, bringing its total to $32.4 million. PA Leadership jumped from $1 million to $16 million (a whopping 1,140% increase).

But maybe they just have really big budgets, and these amounts aren't out of line? In some cases, says the report, that is true. But PA Leadership's extra money is 38% of its budget. PA Cyber's nest egg is 21% of its budget.

All of that would be before the cybers hoovered up large piles of American Rescue Plan and ESSER II dollars (CCA pulled in an astonishing $54 million). PA Cyber which, remember, already had $18 million in "extra" money got a federal bailout of $34 million.

Two things to remember about all that money parked in the bank. First, every dollar came from taxpayers. Second, it could have been spent on students, but it wasn't.

Two caveats with this. One is that public school hands are not all clean--many now instead of undesignated fund balances simply park their extra money in the "big roof project some day fund" or some such shenanigans. The other is that having a low charter fund balance can just as easily mean that they just handed all that extra money to their CEO and the Chater Management Organization.

However, it is one more way in which cybers are not subject to the same kind of oversight and accountability that public schools are, and that there is no way to characterize this non-regulation as beneficial to students--it is, in fact, the exact opposite. It makes it really easy to take taxpayer dollars and NOt spend them on students.

Posted by Peter Greene at Tuesday, January 04, 2022
Email ThisBlogThis!Share to TwitterShare to FacebookShare to Pinterest