I don't usually cover these sorts of stories, but I've seen the body cam footage. The mother of the child is plans to take legal action. I don't blame her.

I'm always cautious about stories centered on student complaints about being mistreated by schools. A school's hands are tied when it comes to responding; a student's records are confidential, and so a fuller picture can't be shared. 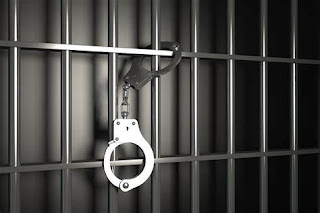 On September 22, 2021, a fight broke out on the campus of Palm View K-8 School (Palmetto, Manatee County, Florida). One 12-year-old student recorded video of the fight on her phone. The administration wanted to confiscate the phone. The school resource officer, a sheriff's deputy, attempted to take the phone from her, first in the cafeteria and later when the child was being detained. Both times she pushed him away. The second time she was dropped to the floor, cuffed, and arrested.

That's the basic outline of the story.

Let's talk about what the body cam footage from the deputy shows. The raw footage has been shared with me; for obvious reasons I cannot share it with you.

The footage begins with the officer talking with three female administrators. Early on, the officers indicates that he's ready and willing to cuff her and walk her out. One of the women (identified by the paper as the principal) says, "I don't think I want her in handcuffs, but I do want a severe consequence and I want her off my campus." Another of the women agrees that the girl should be used as an example. The officer indicates that "on the street" he would already have arrested her based on the push she gave him in the cafeteria. There's further discussion about handling the students involved in the fight. Then they're back to discussing the student with the video. The principal wants her gone and asks, "She has an IEP. If I do this [pointing at the officer], is she gone?" They are far more alarmed about "she was recording me without my permission," which they seem to think is illegal (it isn't). The girl does reportedly have both an IEP and a behavioral plan.

The deputy goes to the teacher planning room (apparently used as ISS) where she is being held. Mom is then called, and asked to come get her. For the first of several times on the footage, the girl makes a move toward her pocket and the adults move in to prevent it.

Now the girl just stews. Head down. She actually does a quick phone check, but the officer is apparently not looking. A moment later, the officer demands to see her other hand. After a few minutes, she walks to the other side of the room. The woman in the room asks if she understands why they have to do this. The officer asks if everything is all right at home. Then it's back to "keep your hands out of your pockets" and "I don't know what you have in there. Do you have a weapon in there?" More silence. The woman tells the girl that she's concerned because "if you videoed one of our staff without their permission, you could be charged, and I don't want that." The girl tries to speak up, but the adults roll over her. "Wasn't even no fight," she finally gets to say. "They was just yelling." Her point- "Ain't nobody going to care." Nothing worth posting. She stays leaned up against a study carrel. Her head stays down all this time. And for almost five minutes nothing happens.

29:48: Officer says "take your hands out of your pockets" and approaches the girl.

29:54: She pulls her arm away from the officer. At this point, it appears that the phone goes to the floor.

29:55: Girl "You just threw my fucking phone. Move!" The officer pushes her back, one arm on her shoulder, one on her rib cage just under her breast.

29:57: She steps back, pushes one of his hands away. He is standing arms out toward her.

30:05: Screen blocked by her body. Sounds of struggle.

The aftermath is hard to watch. Her shorts are pulled down; she's standing in her boxers. She will not stop crying. When the second officer joins (walking past a teacher who's berating her students because "the kindergartners have a better straight line than you"), the girl crying uncontrollably, calling for her Mommy. Before they walk her out, they switch her to a different set of handcuffs, demanding that she turn "all the way around" to face the wall and asking if there's anything in her pants they should know about before they search her. The officer repeats this many times, as if he really, really expects her to be carrying something illegal. And he reminds her, when she's starting to cry again, that he will treat her like an adult when she's acting like an adult. They take off her rings and the whole batch of bracelets.

Then they walk her out, in cuffs, through the campus. They take her headband off and put her mask on as they load her in the vehicle. The deputy is carrying a Black Lives Matter key chain. It will be another half hour or so before her mother arrives at the school.

I've communicated with some folks close to the case. There are other threads of the story to follow, if we had the time and space here. I'm told that since this incident, the girl has been accused of having drugs in her backpack, which she wouldn't let them search because what she did have was her first tampons. The girl is several achieving many years below grade level; some accuse the school of wanting to get rid of her to improve their numbers. This is apparently the first year Palm View has housed 7th and 8th graders; one wonders if they are simply unprepared to deal with 12 year olds.

The girl may be shuttled off to Horizons Academy, a "recovery" school for warehousing problem students. Horizons' student body is 33% Black. Manatee County Schools student body is 20% Black. You have already guessed that the girl in this story is black, and all of the adults are white. And Manatee Schools have had some issues in the past, but let's just stay focused on this incident.

There are so many bad choices made by adults in this situation.

First and foremost--have the administrators of Palm View used a cell phone any time recently? Because you could smash my phone with a large rock, and every video I've ever taken with it is readily available on line where it is automatically backed up. And while we're in servicing them on how phones work, can we please give them some professional development related to legalities around videos.

This is what happens when compliance culture overwhelms a school. Lots of people made bad choices aimed at forcing a twelve year old girl to knuckle under and do as she was told. At many junctures, some of them split seconds, choices could have been made differently to de-escalate, but instead, a twelve year old girl had to pay for all the choices adults made by being marched out of her school in handcuffs because she wouldn't hand over her phone.

This is also what you get when an administration tries to use SROs as muscle. It has been clarified many times that the video issue was strictly a school disciplinary problem, not a criminal one, and the child's arrest was for "battery" against the officer. That means that if the school has simply handled the video themselves and not called in the officer in order to "make an example" and deliver "serious consequences," the battery would never have happened. The officer notes, more than once in the course of the video, that a call for law enforcement to this school is very unusual--why do it for this instance?

You can tell me there's more context here and as I said at the start, I get that there's context to school issues that the school can't bring up. The girl is clearly not a top scholar and maybe not a model school citizen. But there is no context that makes it okay beat down a child like this over a video on a phone. None. The mother says she's prepared to take legal action, and I don't blame her a bit.

It is hard to watch this girl become increasingly distressed and dismayed. In trouble, with nobody in her corner at all, the adults around her treating her like a problem, the entire process dehumanizing and degrading, leaving a child feel powerless and helpless--powerful feelings for children at that age.

In Classroom Management 101 we all learn that you don't corner a student and leave them with no way out. Apparently all of the adults in this situation skipped that day of class. I don't care if a child has pissed you off a hundred times in the past--once you stop treating them like a real, live human being deserving basic dignity and respect, you have lost the plot. Compliance culture, which values children's compliance over their humanity, is always a bad deal in a school, and it is the children who pay the price.

Posted by Peter Greene at Wednesday, January 12, 2022
Email ThisBlogThis!Share to TwitterShare to FacebookShare to Pinterest