Should Schools Teach The Success Sequence

You know the "sucess sequence." It's the idea that if Young People just do the right things--finish school, get a job, get married, have a kid--in that order, they are less likely to end up not poor. It has occasionally been oversold ("Follow these three rules and you will join the middle class!") and the "data" used to bolster it is a little suspicious (like claiming that only 2% of people who follow these rules end up poor anyway--2%?! Really?)

But at the same time, it makes a certain sort of sense, and it's hard to argue that dropping out and having out-of-wedlock babies while unemployed are few people's idea of great life choices. But does it follow that we should, as Rick Hess recently suggested, teach the "success sequence" in school? 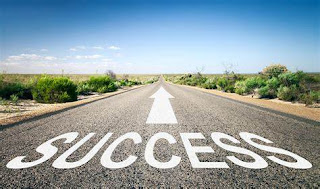 I have always had issues with the idea of the success sequence, despite the fact that, as Hess would point out, I followed it myself, sort of. My biggest suspicion is that folks are, once again, confusing correlation with causation. I can believe that the sequence and some level of financial stability go together, but I'm not yet convinced that the causation arow runs from sequence to success and not the other way around.

Nor is history really on the side of the sequence, given that we are only a generation or two away from the days in which a vast number of Americans did not finish school at all, and yet did perfectly fine. There's also a weird disconnect here for women, who were, for many generations, expected NOT to get a job. They may have been expected to land a husband with a good job, but that's not really the same thing. Nor have good jobs always been available to all people; with a stagnant minimum wage, among other factors, we are looking at a large number of working poor in this country--should they simply consign themselves to never getting married or having children because they can't clear the "good job" hurdle? Hess does acknowledge that many parts of the sequence are beyond the individual's control.

That takes us back to the correlation thing again. Currently the average age for a first marriage in the US is close to 30, which means that folks have to be able to get through a decade or so on their own, though that has changed a lot for women, who up through the 1970s had a median first marriage age of around 20, presumably because they did NOT have to follow the sequence (that age has been steadily climbing since).

How do we move the sequence into schools? I'm trying to imagine what I would have said to my many students for whom working in high school was an economic necessity. I don't want to imagine students going home from school to announce to their family, "I know why we're poor. It's all your fault."

Hess links to an article by Philip Cohen who makes a case for why the sequence is bad public policy, noting that costly initiatives to sell the redemptive power of marriage have utterly failed. Of the advice to wait, he says

Success sequencers believe it’s hypocritical to hoard this advice and only dispense it to the children of privilege. But you can’t wish away education, career, and marriage uncertainty or impose order on instability by force of will. If we’re not prepared to guarantee all women the same opportunities as those in my classes have, it’s not reasonable to demand the same attachment to the success sequence that those opportunities make feasible. In the absence of that guarantee, you’re simply asking, or requiring, poor people to delay (until “they’re ready,” in Sawhill’s terms, meaning not poor) or forego having children, one of the great joys of life, and something we should consider a human right.
And he points out the connections between the sequence and race and class
Not coincidentally, the history of welfare politics in the United States is intricately bound up with the history of racism against black women, who have been labeled pathological and congenitally dependent. The idea that delaying parenthood until marriage is a choice one makes is highly salient and prized by the white middle class, and the fact that black women often don’t have that choice makes them the objects of scorn for their perceived lax morals. The framing of the success sequence plays into this dynamic. For example, Ron Haskins has argued that welfare reform was needed to “[change] the values and the approach to life of people on welfare that they have to do their part.” The image of the poor welfare “taker” has a race and a gender in America.
Importantly, Cohen also points out that an attempt to sell the sequence assumes that there are a bunch of young folks out there on the fence, thinking, "Hmm, I can't decide whether I want to be an unwed mother or not."
But beyond all of that, I can tell you why the sequence will never, ever be adopted as a part of formal education in this country.
Birth control.
The clear, logical implication of the sequence is that teenaged girls should be on birth control until they have reached the proper moment in the sequence. Heck, the success sequence is practically a full-on endorsement of the "I'm not ready for a child yet" case for legal abortion. If you are pushing the sequence as a practical plan for success in life, then it only makes sense to allow teenagers the practical tools that will help them postpone having a child until they're at the right point in the sequence.
Yes, many sequencers like to use the idea to sell abstinence, and that tips the hand of the real idea for many sequencers--that the success sequence is not a practical plan to achieve desired outcomes, but a moral test to see who deserves those "success" outcomes. For some it is another way to make the argument that poor folks are poor because of their own lousy choices, and if you don't want to be poor, make better choices.
As a practical, pragmatic plan, the success sequence could be helpful if we were willing to really back it. Free and easily available birth control starting at the onset of puberty. Raise the minimum wage so that anybody who has a real job has an income good enough to get married and start a family. But as a moral test of worthiness, the success sequence is a dead end.
Hess is not wrong when he suggests that "we need to focus not only on the structures and externalities that can shape students’ lives but also on what students can do to control their own destinies," though I'm betting you'd be hard pressed to find a school in this country that doesn't. But I think he's overly optimistic when he adds "The success sequence is a compelling, evidence-based, broadly appealing way to do both. In our intensely polarized age, it provides a promising path to talk about opportunity, impediments, and responsibility in a way that may help to span some of our bitter divides." I think talking about it will highlight those divides in new ways, but I'm pretty sure we can all predict that the first set of responses to "So how do we help insure that teenaged girls do not have babies before they're ready?" will find us having old familiar arguments.
Posted by Peter Greene at Saturday, January 15, 2022
Email ThisBlogThis!Share to TwitterShare to FacebookShare to Pinterest