Was GOP Defeated For Not Being Reformy Enough

You can say many things about Jeanne Allen of the Center for Education Reform (CER), but you can't say that she's not seriously devoted to the cause of privatizing education through charters, vouchers, and any other reformy tools you care to mention. And while folks have many theories about why, exactly, the Democrats took control of the House, Allen has her own theory--

Her theory ran in the Washington Examiner, and it reads like a dispatch from an alternate dimension. But, she says, she has proof. Well, then- proceed. Let's learn a little more about the business of selling reform. 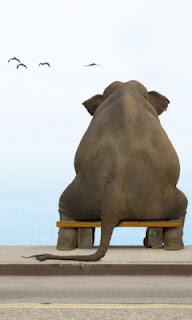 Allen has conducted hundreds of meetings in the 115th Congress with "members, staff and anyone seemingly with authority," so I suppose we could also call her a lobbyist for reforminess. She says she has had three goals "embraced in principle by the majority party and some in the minority."

This is, in fact, one technique for selling reform-- cloak your product in an appealing principle. Over the past few decades, we've had a parade of reformster ideas that sound great in principle-- it's only when people have had to face the specifics that they've noticed how bad the ideas are. No Child Left Behind sounds noble. Common Core sounds swell. Nowadays, competency based education and personalized learning sound like super ideas. Until you have to deal with how, exactly, these things look on the ground. Reformsters understand this-- the personalized learning folks figured out right away that they needed to downplay the "plunk your kid in front of a computer screen" side of the biz. And here comes an excellent example from Allen.

This is "education goal" number one:

The least controversial is the idea that infrastructure dollars, once moving as a package, should include incentives for rural communities to complete or expand their digital footprint. To get additional funds, schools and districts would be required to adopt innovative approaches to delivering education, even if the instructor lives outside the district, the state, or the country.

Her second goal is, in fact, to promote competency based and personalized education, two ideas that sound great. Hell, they've always sounded great, because while their fans want to promote them as a hot new idea, there is nothing hot or new about them-- unless you add computers. Allen beats the drum about the old factory model, which remains baloney.

Her third idea is "private-sector-funded education, workforce, and apprenticeship scholarships," building on the reformy idea that for certain people, education is really just supposed to be vocational prep. Students should learn about how best to serve employers. Oh, and she folds this in with a tax credit-- contribute to a program that will focus on producing meat widgets for your business and you can get out of paying taxes to support schools for everybody else.

She even had a bill for that last one-- HR 5153, sponsored by good old Lloyd Smucker-- and its purpose was simple--

To amend the Internal Revenue Code of 1986 to allow a credit against tax for charitable donations to nonprofit organizations providing workforce training and education scholarships to qualified elementary and secondary students.

Look carefully. Buried beneath under all the rhetoric about workforce training is a federal voucher bill.

Allen says she knows just hundreds of people who supported this idea. Well, yes-- so do I, and Allen must have felt hopeful because Ed Secretary Betsy DeVos is one of them. It's great-- defund public education and funnel money to vouchers all at the same time. But Allen complains here that while lots of people would talk to her, at the end of the day, the House wouldn't get off its ass and actually do anything. She heard lots of recommendations, but nothing happened. Perhaps House members are aware that voucher bills are not particularly popular with the voters.

Now Allen slips all the way into an alternate universe. She says that education was the Number 2 issue in this election. Really? She doesn't offer any source for that, and I don't imagine she could, because while grass roots folks elevated the issue in several specific states, mostly (as always) nobody cared all that much about education. Allen calls the 155th Congress "the most disinterested I've ever seen" which I don't disagree with, but she also calls Paul Ryan a "veteran education reform advocate." No, can't say I've seen any evidence of that, other than his desire to strip as many functions away from elected government as possible, which does dovetail nicely with the privatization of education. She contrasts the 115th with the halcyon days when Newt Gingrich reformified DC schools and President Clinton embraced charters and John Boehner focused on building up education (did that happen? really?)

Because (here comes her point) the GOP failed to realize that the public wants ed reform.

Her further evidence is that some anti-public ed governors won. She also notes that those loud protests against privatization were "fanned by the teachers' unions" (Allen really hates the teachers' unions) and that "red for ed" is "now all but dead." Allen skips mentioning the successful Arizona campaign that led to a resounding rejection of super-vouchers in that state. Also, the unions are "licking their wounds" from Janus, though I can tell you this-- unions were braced for the loss of many members after Janus and have been surprised to see that losses haven't been as bad as they expected. So, not so bad on the wounds, there.

Allen tosses up some other carefully chosen races as "evidence," and dismisses losses like Scott Walker's spanking as a problem with "weak candidates." Any race that fits her theory is evidence; any race that does not is the result of something else. It's a combination of cherry-picking, spurious correlations, and starting from a false premise.

But her message is as clear as it is false-- anybody who wants to win an election has to stand up for reformsters and privatization. In a sense, I agree with her. I encourage any candidates who are solidly behind the move to privatize public education, to waste tax dollars on unaccountable voucher programs, and to replace teachers with computer screens-- please campaign on those things loudly and clearly so that the voters can understand just what a bad idea it would be to vote for you.
Posted by Peter Greene at Saturday, November 10, 2018
Email ThisBlogThis!Share to TwitterShare to FacebookShare to Pinterest