Remember when Charles Koch wrote that he had done an oopsie by being so partisan and dividing the country? That was back in late 2020, and it was followed by the rise of a new Koch Brand--Stand Together--which in turn spawned a new substack about fixing education called "Learning Everywhere." It turns out that the Koch metamorphosis was not done yet. 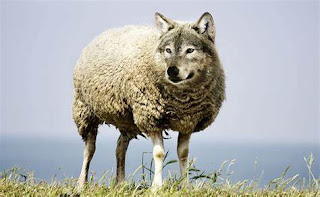 "Learning Together" was co-hosted by Lisa Snell, director of K-12 education policy for Stand Together, aka the Charles Koch Institute. Previously she spent 23 years as Director of Education at the Reason Foundation. Her co-host is Adam Peshek, who is part of the same Kochtopus, having arrived Jeb Bush's ExcelinEd (formerly FEE). Peshek also works at Yes, Every Kid, a rebranding of some standard reform ideas.
The substack started out playing the reformy hits (did you know schools are built on the factory model? well, they weren't, but did you think so anyway? Snell and Peshek would like you to think so).
So, Charles Koch Institute is now Stand Together Trust, an organization that now has a hip young vibe. Check out the website-- "We help you tackle the roots of America's biggest problems" in bold print over dynamic videos. Hugging! Clapping! Black people! "Everyone is tired of all the fighting over problems with very little focus on real solutions."
Among the issues they want to address is education, and their dynamic new solutions are...well, the same old ones. They insist that education is currently one-size-fits-all (news to teachers in public schools), and they have the same old right-tilted complaints-- we spent more money but test scores didn't go up! Families give education a C (but we're not going to point out that they give far higher grades to the local schools they know). Individualized education is where it's at.
There's a video in which Sal Khan, promoter of an educational program that involves students sitting and passively watching a video, complains that education involves students sitting passively while listening to a teacher. Other "leaders" they bring up are Diane Tavenner, head of Summit Schools (a school-in-a-box not-great tech product). There are lots of pictures of exciting active learning, all of which could have come from a public school. Aaron Frumin, founder of unCommon Construction, who talks about how frustrated he became "as a teacher" which he was for the two whole years he spent with Teach for America. His program uses students as laborers to build houses, an innovative program pretty much like the one the vocational technical school in my county has had for sixty years. Here's Todd Rose "By any measure, the system doesn't work." Rose was a professor at Harvard's Graduate School of Education and founder of the Center for Individual Opportunity and he runs the think tank Populace. And he has a Story, in which he dropped out of high school ("The system failed me.") There's some more talk about believing in students (which, again, is not unheard of in public schools). "Success doesn't have to mean one thing. We need our education system to have a much broader view of success."
That's the pitch. Well, actually, the pitch is use your money to invest in these people doing this stuff. But also, we got 11 major education bills passed in 8 states in 2021, and somehow we don't talk about what those bills did, like pushing privatization of education or gagging of teachers. There are case studies of success, like Cadence Learning, one more cyber-school venture, this one launched by Chris Cerf, Ian Rowe and Steven Wilson--all god privatization champions.
Meanwhile, the known recipients of ST grants are not so much education revolutionaries as the same old Koch style conservative crews. Americans for Prosperity, Bill of Rights Institute, Bellwether Education, Foundation for Individual Rights in Education, Texas Public Policy Foundation, Vela Education Fund.
The substack has now transformed into a new title-- Permissionless Education. That term has cropped up several places lately, and it really captures the Libertarian mindset of not wanting to have to ask for anyone's permission to do anything ever, a mindset I can recognize immediately because I live with a pair of four-year-old toddlers.
The announcement of all these name changes on the substack comes with a listing of the priorities, which they assure us remain the same.
Individualized education, one not aimed toward students who "parrot back what they have been told or read" (because one weird recurring theme in reformsters is a desire to reform the schools of the 1960s).
Normalizing unconventional models. Specifically, privately owned and operated ones that involve no government oversight, tax dollars, or responsibility for people who can't pay their own way.
Ending residential assignment. You might think this means "find ways to get kids from poor neighborhoods into the schools that rich kids go to," but that does not seem to be the case.
Modernizing education funding. Vouchers. Just say the word, team. Vouchers. Because vouchers' most important characteristic is that in exchange for cutting parents a small check, the state washes their hands of any responsibility to provide people with an education, which in turn gets rich people out of having to pay taxes to educate Those Peoples' Children.
There's been a lot of rebranding going on and plenty of tweaking of the message, but at root, this all feels very familiar. Privatize. Shrink government. Let people sink or swim in a free market, just as God intended. But the logo is pretty, and the graphics are great.
Posted by Peter Greene at Friday, January 21, 2022
Email ThisBlogThis!Share to TwitterShare to FacebookShare to Pinterest