What About Rural Charters

In a recent panel discussion, Nine Rees, the head honcho of the National Alliance of Public [sic] Charter Schools observed that "It is actually quite hard to expand charter schools in a lot of rural communities because there's no political base of support for those kinds of changes." And then she was on to other stuff (I'm working my way through that video and will have commentary on the whole thing some day, soon).

But I think that's a statement worth examining, both because I'm in a small town/rural community, and because that lack of a rural political base tells us something about the problems of the modern charter movement.

Part of the rural charter problem isn't political support at all-- it's market. My district, for example, has roughly 150 students per grade level, which means that there's not a lot of market here to tap. A charter would have to really hustle to round up enough students to make business sense, and certainly compared to a customer-rich urban environment it's a tough challenge. On top of that, those few students are spread out geographically, and while the "Getting the kid to school is the parents' problem" may fly in urban districts, out here, folks expect schools to provide transportation. Want to figure out the costs of sending a school bus an extra thirty miles every day to pick up one kid? Why try to set up your ice cream stand at a remote Antarctic outpost when you can set it up on a busy street corner in Miami?

But there's also a lack of political support because of the money.

A big urban district is swimming in so much money that we can shuffle some around and it may not be super-obvious how much money was lost when a charter opened. It's significant, and it's damaging, but it's also hard for the average citizen to notice or track. 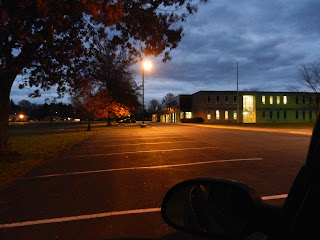 But in rural areas, money is already stretched tight, and while a loss of a half million dollars is a minor inconvenience in big districts, in a small rural district it can be crippling.

We do have one kind of charter in rural areas of PA-- cyber-charters. And they are hurting us. A few dozen students gone to cybers don't make the slightest difference in district expenses, but they cost the district a half-million dollars and that has translated into program cuts and closed buildings (there is also an impact in PA from the mismanagement of the pension fund). It is not hard for even the least attentive taxpayer to follow this conversation:

Taxpayer: Why did you close our elementary school?

Charter schools hurt public schools. Charter schools drain resources from public schools, resources that they need to maintain their current level of service. In big busy setting, with lots of numbers and schools and students flying about, it's possible to generate enough smoke and mirrors to obscure that simple fact, but in a rural area, it is not.

Granted, it doesn't have to be true. States could choose to say to taxpayers, "We can have charter schools, but we'll have to raise school taxes to pay for them." So far, no politician seems interested in making that pitch.

There are other reasons that rural areas are not ripe charter markets. For instance, rural schools identify pretty strongly with their communities. Pennsylvania is a prime example. We have about 500 school districts which is, honestly, nuts. There should be fewer. But every time anyone starts a conversation about merging districts, there is a prodigious amount of noise about community and heritage and tradition and why students don't want to stop being a Humbletown Husky in order to become a Vistaville Viking.

Nor do I see taxpayers wanting to trade a school board run by neighbors that you see in the store, talk to at church, yell at at a public board meeting, or just call on the phone with whatever is bugging you about the schools-- well, who would wants to trade that for a board of strangers that meet in secret in some other city?

Posted by Peter Greene at Wednesday, February 01, 2017
Email ThisBlogThis!Share to TwitterShare to FacebookShare to Pinterest