The Decline of Accountability

It was just a few years ago that outcomes were all the rage with the reform crowd. The problem with public schools, they said, was that we focus too much on inputs. Outfits like the Rand Corporation produced big reports on giving more weight to outputs. Or here's a paper by Mike Petrilli (Fordham Foundation) telling the state of Wisconsin how to look at those all-important outputs for quality control. The basic sales pitch for charters, repeated again and again, was that charters traded greater autonomy for greater acountability. 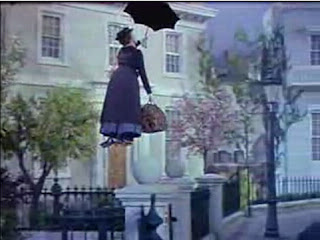 But there's a new breeze a-blowin', the same breeze that brought Betsy DeVos, Poppins-like, into town. As has been noted repeatedly, DeVos was never really on board with that accountability thing. Her faith is in God, the free market, rich corporate leaders, and parental choice (well, as much as the first three allow for)-- and that's all we need. In her spate of early interviews, she allowed as how there's not really any issue on which the feds need to intervene. The invisible hand will fix everything.

You can see this new attitude sneaking into the reformsters themselves.

Every year the Fordham Foundation holds a wonkathon, in which they solicit policy ideas and proposals. Last year they also held a design competition in which they solicited ideas for accountability systems under ESSA (I entered that one but, shockingly, did not win). Last year's wonkathon was about looking for a choicy silver lining in the ESSA.

This year the Fordham is looking for ideas about how to spend the Trump $20 billion in voucher money. There are three requirements that the submission must meet:


Notice what's not here? No accountability requirement. No component to make sure that the $20 billion is not spent on fraud or waste or Jesus school or Sharia Law academy or White Kids Only High School or a school run by some guy who knows nothing about schools except how to make money at setting up pretend ones.

I mean, I have my entry ready right now. There are (very) roughly 50 million K-12 students out there. Divide up the $20 billion and write each student a $400 check, which their parents can then choose to spend on whatever they think would be educational-- textbooks, trip to the zoo, Playstation. Get the $20 billion by cutting the defense budget.

That's $20 billion in taxpayer money, to be spent on a new set of entitlements. Why would any plan not include some means of accountability, some way for taxpayers to know that their money had not been flushed away by unaccountable schools run by unelected businesses?

Mind you, the way we've been doing accountability is terrible. The Big Standardized Tests do not provide anything remotely like a measure of student achievement or school success. But after listening to years of reformy cheerleaders say, "Yeah, you teachers hate BS Tests because you don't want to be held accountable," it seems more than a little ironic that reformsters themselves are now ready to jettison accountability as a leg of school reform. This is not a new position for me-- I've always welcomed accountability as long as it actually gives a true measure of an actual thing that matters. But it does seem like a bit of a shift for them.

Accountability matters. We'll just have to see how completely reformsters will stop caring about it now that they are sitting in the driver's seat as the new status quo.