The Center for Individual Rights has filed a lawsuit against the state of California and the California Teachers Association -- Yohn v. CTA. 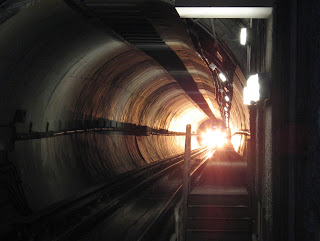 CIR is the same right-wing group that brought us the Friedrich's lawsuit, and this is basically the same suit with a new teacher used as a prop. They cut their teeth doing anti-affirmative action work, but have more recently joined in the effort to bust the unions, or at least render unions less effective in opposing GOP candidates. The one-percenters love them. While their original founders have moved on, they are currently led by Terry Pell who, ironically, used to work in the US DEpartmet of Education as the Deputy Assistant Secretary for Civil Rights.

Friedrichs stalled and died because, well, Justice Scalia also died. But now that Trump has his conservative-approved justice picked out, CIR is ready to try again with an attempt to get all the way to the Supreme Court.

The argument is unvarnished baloney:

The Supreme Court has recognized the grave First Amendment problems that arise when a state coerces political speech. In 2014, Justice Alito observed in Harris v. Quinn, that, “Agency-fee provisions unquestionably impose a heavy burden on the First Amendment interests of objecting employees.” As he explained, it is a “bedrock principle that, except perhaps in the rarest of circumstances, no person in this country may be compelled to subsidize speech by a third party that he or she does not wish to support.”

Cool! May I please have a refund on all the taxes I paid to support pointless wars and the actions of various government agencies with which I disagree?

The goal here is simple-- give the union less money. It's a popular idea-- in fact, some legislators are trying to legislate the same thing in PA right now.

The goal here is to establish a whole class of free riders-- teachers who don't support their local union, but still benefit from the collective bargaining process (where it still exists) as well as the representation that the union is legally required to provide these folks should they ever get in trouble. It's like having the government require you to drive your neighbor to work every day, but forbidding you to ever ask him to chip in for gas--oh, and if he needs to be taken way out of the way for an appointment, you have to drive him there, too. Oh-- and all the way there, you have to listen to how you're oppressing him by giving him a ride.

Plaintiff Yohn contends that he doesn't need the union to negotiate for him because he can totally do better on his own. He is 38 years old, far too old to believe in fairy tales, but personally, I would be happy to let him try. And then I would like to sell him a bridge.

CIR expects to work their way up to the Supremes by the summer of 2018.  So dig out your old files-- we're going to literally re-litigate Friedrichs all over again, and that light at the end of the tunnel is probably the headlight of an oncoming train.


Posted by Peter Greene at Tuesday, February 07, 2017
Email ThisBlogThis!Share to TwitterShare to FacebookShare to Pinterest