So now Betsy DeVos has her very first big girl job, and we live in a Trump-DeVos education era. Time to take an inventory of what education issues to watch for. Here's my set of best semi-educated guesses. 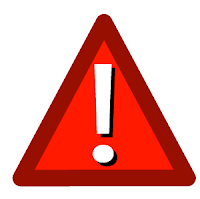 Pshaw. Common Core continues to be a zombie policy, existing in various mangled forms both under its old name and its new one. This administration will claim to have gotten rid of it while having not done much of anything. It's like building the Wall; people keep saying Trump can't do it, but they forget his most potent policy tool-- lying.

So we will claim that CCSS is dead and gone and applaud states for adopting strong college and career ready standards, which will continue to be the Core oinking through one more layer of lipstick. None of it will be the source of much fuss.

The tools available to USED just happen to be tools that DeVos is familiar with-- bribes and extortion. Jump through this hoop and get a big fat check! Displease me and I will cut off your Title I funding.

Expect to see every possible tool used to throw money at charters and push for some version of vouchers. Watch for skirmishes between former allies, as charter-loving accountability hawks face off against a USED that doesn't want to restrict "innovation" or hurt "flexibility" by making charter schools follow actual rules. Cyber-school operators can now breathe a sigh of relief; for a while it looked like someone might actually hold them accountable for their crappy results, but that ship has, well, not so much sailed as been blown up in the harbor.

Watch for the references to parental choice, the idea that parents are more important or better than the government at choosing for the child. This is the foundation for a voucher system-- it's also the foundation for disenfranchising every taxpayer who is not a parent. And (see below) it's a rationale for abandoning those children whose parents are not good stewards of their children's interests.

The Most Vulnerable Students

What I guess we can now call old school reformsters liked to keep poor students, disadvantaged students, students with special needs center stage as part of their argument that we were doing all of this For The Children. Mind you, much of that rhetoric was baloney, but at least it kept vulnerable students in the conversation.

As hinted by the DeVosian ignorance of IDEA, we're probably done with all that. Oh, we'll talk about students in need from time to time, but students who are costly and not very profitable are going to treated like a hot potato. The feds will insist that taking care of Those Students is a state responsibility and the states will protest that they are meeting the letter of federal law and the emboldened charter-choice industry will declare that those students are totally free to choose any school that wants to invest the time and money to serve them if any such noon-public schools can be found.

And civil rights? Civil rights are for corporations. Non-wealthy black and brown folks, on the other hand, should smear some powdered grit on their hands so that they can get a better grip on their bootstraps.

This will be a cause for vigilance, because my guess is that in many cases these students aren't so much going to fall through the cracks as they are going to be stuffed through them.

It has been clear all along that DeVos has neither knowledge of nor interest in the federal role in managing college loans and grants. I expect some statement along the lines of

I don't really know what's going on, exactly, but there's a whole lot of money involved which means some corporation should be making profit off of handling this stuff, so let's find a company to run the college loan/grant biz, hand them the money, and wash our federal hands of the whole business (though I think maybe I have some investments in a company of two that might be good for this). You ask me if we will check to make sure that the whole college finance thing is going well, and we absolutely will, though by "going well" we mean "making a good profit for the company running it."

Already under way. Look for a big push for a Right To Work nation. And don't look for DeVos to schedule a meeting with Lily Eskelsen Garcia or Randi Weingarten any time soon. Do look for explanations of how teachers unions have ruined education in this country, and how the teachers unions are robbing teachers of the freedom to work for low wages with no job security.

Attacks on the Teaching Profession

Ditto. Teachers are supposed to be the fry cooks of the school industry, and all these regulations that require them to have training just interfere withe the flexibility of school operators, which is ridiculous because, after all, any mook can teach. Prepare to be nostalgic for the days when Arne Duncan would blow all that smoke up our skirts. And watch for an explosion of "alternative" approaches to licensure, so that anybody can jump over a broom and holler "teacher teacher teacher" and that will be good enough. Because making sure people are qualified is just reducing flexibility and taking away everybody's freedom to be a teacher.

We've seen in the past years that the GOP has abandoned its ideas about small government and interfering with local control. Like many on the left, the right now believes that the purpose of government is to force people to behave they way you think they should. We will see how long the DeVos USED can holds onto a prime directive for non-interference. We'll also see if the GOP can really work up the nerve to kill the department entirely.

In the meantime, watch your state, where legislatures are feeling free to do whatever-the-hell-they-want to the education system. Many of the most important policy debates will be on the local level, right up until the moment the feds decide that certain state decisions are not okay. So, just like the old days.

I'm honestly curious to see which way this wind blows. The ability to run a cradle-to-career stuffed with every piece of data on students (including what kind of character and personality they have) is not an obvious area of interest for DeVos, and conservatives have been known to get kind of testy when the feds get all Big Brothery. On the other hand, there's a ton of money to be made here, and what the free market wants, the free market ought to get. My bet is that money will win and the push to digitize all human life forms will continue.

At the same time, DeVos is an ideologue. If data conflicts with her view of How The World Works, then it's bad data and can be dismissed. Data and facts are, in this administration, malleable things, not based in reality and only useful for scoring points in the larger argument. This will change the nature of the debate. I imagine that we will see versions of this conversation:

Resistance: Look at these pictures. Look at this data. Can't you see the damage your poicy is doing?
DeVos: It doesn't matter. My policy is Right.

DeVos may be, as some have claimed, pragmatic. But she is still a perfect appointee for a post-fact administration. And it's okay to lie to the rabble.

This will not be going away, and if you haven't been paying a lot of attention, it's time to start.

For one thing, the personalized/competency based education stuff lends itself easily to fitting choice on crack-laced steroids. Give every kid a education debit card, and let them take whatever course they want from whatever vendor is on the market. The deserving rich kids can get all the education they want, and the undeserving poor (which is the only kind of poor there are because if you deserved to be not-poor, you wouldn't be poor) can make do with the bare minimum that noblesse oblige throws their way.

For another thing, the best market/audience for this type of education has always been people who don't know anything about education. Which is what we have in charge now. Vendors are going to have a field day pitching this shit.

This will be the new growth industry. It will be the hot new investment. It is going to be huge. Hyuuuugge!

Everything else is a waste of time and money, and we're only having to bother with it because too many of the Godless rabble have been allowed to run loose in our country, and if we can't put them back in their place overnight, well, we can at least start to undo some of the damage they've done and blunt some of the systems they've put in place to do more damage and start bringing children up properly.

And the best way to manage all of this complex operation is as a business. Wherever something can be taken over by a business, that is in and of itself a Good Thing. Business is always better-- that's part of the ideology in play here, a foundational value of the new regime. Put another way-- if nobody is making a buck off it, it's probably no good.

If we don't understand the new set of priorities,  we're going to find ourselves trapped in looped versions of the same conversation

Resistance: If you pursue this policy, you will do irreparable damage to X!
DeVos: And your point is....?

This is my early read on what the threat levels are for these various issues. I could turn out to be wrong on any or all of them. Bottom line-- we are all going to have to pay close attention ajnd remain vigilant, because the new normal is not going to be all that normal at all.