You probably already heard about H.R. 899, a bill elegant in its simplicity. Here's the whole text of the bill:

The Department of Education shall terminate on December 31, 2018.

Thanks to Rep. Thomas Massie (R) of Kentucky for this little zen koan of legislation. It raises many questions. Will the department evaporate? Will it be terminated with extreme prejudice? When the ball drops on New Years Eve, will fall onto the department and crush it? Will the offices terminate, or just the people in them? Will it be like the obliviate spell that Hermione cast, causing everyone to forget that the department ever existed? 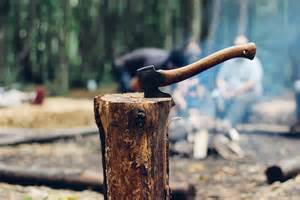 But H.R. 899 is actually not the first proposal for the 115th Congress to trash US Education. An earlier bill (filed on January 23, the Monday right after His Regal Orangetude was crowned President) proposes to erase ESSA, launch a national voucher system, and end federal financial support as we know it. And fix a big problem with school lunches, too.

Meet H.R. 610, a bill from Rep. Steve King (R) of Iowa. Its official not-very-musical lead is "To distribute Federal funds for elementary and secondary education in the form of vouchers for eligible students and to repeal a certain rule relating to nutrition standards in schools." The punchier press-ready title is "The Choices in Education Act."

Whose Baby Is This?

If you're not familiar with Rep. King, his picture can be found in the dictionary next to "piece of work." Born in 1949, he attended Northwest Missouri State University, majoring in math and biology. He did not earn a degree, but he did earn three 2S student deferments from serving in Vietnam. Once upon a time he claimed to be Latino, but he's not. This college dropout has, in his political career, displayed a real gift for quotable baloney.

In a discussion of the DREAM Act: For everyone who’s a valedictorian, there’s another 100 out there that weigh 130 pounds and they’ve got calves the size of cantaloupes because they’re hauling 75 pounds of marijuana across the desert.

On maintaining the border: We could also electrify this wire (on the border) with the kind of current that would not kill somebody, but it would simply be a discouragement for them to be fooling around with it. We do that with livestock all the time.

Harry Reid can defend those ghoulish and ghastly and gruesome practices that Planned Parenthood is advocating along with child prostitution and illegal immigration. He can play defense on that.

We could also throw in his thoughts on how immigration laws are like picking a dog, but we need to get back to his proposal for education. Just want you to know what kind of guy we're talking about here.

Let me walk you through the parts of the bill. After we get past Section 101, which gives it its name, we get to--

Scrap ESSA. Done, dead, gone. Give Secretary of Ed only the power to read applications for grants under Section 104.

States will receive block grants in amounts proportional to the number of students in the state. The purpose of the block grants will be to fund a voucher program.

To get the grant, states must show that they'll spend the money on a voucher program (as defined in Section 105) . They must also show that they are going to make it lawful for parents "to enroll their child in any public or private elementary or secondary school in the State" Emphasis mine, because, really, in the whole state? Granted, Iowa is the Tofu Block of states, a valuable and vital, yet flat and featureless expanse of corn-fed homogoneity, so maybe any corner of the state is indistinguishable for any other. But really-- legal to put your kid in any school in the state? How does anyone even begin to manage that?

Oh, and the state must also promise to make homeschooling legal as well.

The feds will distribute money based on how many kids you have in your school. In other words, the money will follow the child. Also, it's the "sense of Congress:" that said money should be distributed in a way that "promotes competition and choices."

The amount of money will be determined by straight division-- total stack of federal money divided by number of eligible children, so there will be no special considerations. A kid from a poor family is followed by the same amount as a rich kid. Kids with special needs get no extra money to meet those needs.

The set amount of money will also follow students to private schools, and to home schooled children. Home school your child (however you personally choose to define that), get a check from the federal government. King has built in some restrictions-- you may not collect a voucher for greater than the cost of private school or home schooling. How, I wonder, will home schoolers "prove" how much their home schooling cost? And to whom will they prove it?

Also, funds sent to local schools must be used to supplement, not supplant. Just in case you thought we were past that argument. And the vouchers sent to private and home school parents will not be considered income.

Vocabulary. Children that fall under the bill are ages 5 to 17 inclusive. Which I guess means that if Junior takes a couple of extra years to finish high school, his federal funding is shut off.

Title II covers the lunch thing. King apparently is still upset about the whole healthy lunch thing and wants to add a couple of clauses to school lunch program regulations so that no school can restrict maximum calories in a lunch, nor can they poke their noses into lunches brought from home. Glad to see a solution to those problems.

How Concerned Are We?

One of the features of life in Trumpistan seems to be the steady volley of whackadoodle ideas for rules and regulations, some of which are destined to die quickly and quietly, and some of which will win the approval of the Beloved Leader himself. So not only do we have to pay attention to what's being thrown about, but we have to assess real threat level.

This bill comes to us from the same guy who is sure the best way to deal with Obamacare is to kill it with fire, not "even if" there's no replacement but "especially if" there's no replacement. His voucher program would be a way to spend that $20 gazillion dollars that His Royal Trumpitude wants to throw at school choice, and vouchers fall right in line with what Betsy DeVos has long desired. On the other hand, he wants to scuttle ESSA, a bill that it took Congress eleventy-jillion years to put together and represents a crowning bi-partisan achievement of some Senators, even if they immediately started arguing about what they had accomplished. That alone makes this look like the kind of bill that the Senate swipes away with the back of their hands while quietly complaining about the nut jobs in the House of Representatives. Plus, folks who were excited about getting the feds to stop dictating state ed policy will not be fans, either. "We stopped the Department of Ed from telling you what to do so that WE could tell you what to do" is not a winning argument. So actual threat level could be only medium.

But if you have been comforting yourself that a national voucher program could never be achieved, particularly by people who are bent on destroying the Department of Education, well, here's one example of how it could work.

Granted, it would be terrible. It would gut programs, leave many schools impoverished, and absolutely abandon students with any sort of challenge, from poverty to learning disabilities to English language learners. It requires absolutely zero accountability measures, inviting exactly the sort of fly-by-night hucksterism that has been fostered in Michigan by DeVos. On top of that, by scrapping ESSA and replacing it with nothing at all, the feds would leave all sorts of mundane-but-necessary functions and decisions of schools in a state of chaos and mystery.

But if you are the kind of person who believes that we ought to shut down all the gummint schools and stop giving special treatment to anybody who claims to need it and if you're poor that's your own damn fault so stop asking for help-- well, this approach would be might appealing.

So keep your eyes peeled. We haven't yet seen the last of this bill, or the many bills just like it waiting for their own special moment in the sun.

In the meantime, public ed supporters might want to drop Rep. King a line. And while you're talking to him, ask about all those tax dollars going to Iowa corn subsidies.

Posted by Peter Greene at Monday, February 13, 2017
Email ThisBlogThis!Share to TwitterShare to FacebookShare to Pinterest