Back in 2015, Nevada decided to go all-in on vouchers, establishing the voucheriest of voucher programs-- the education savings account. With ESA's the state just hands every parent a check or a debit card (in Nevada's case, $5,700 for poor families and $5,100 for not-so-poor families) and families can spend that money on private school tuition, tutors, homeschool supplies, a case of Lisa Frank trapper-keepers-- whatever trips their educational triggers.

An ESA system is supposed to unleash the magical power of the free market and therefor cause All The Excellence to come busting out of a robusting out charter school sector. The sponsor of the bill, Senator Scott Hammond, was quoted in the Washington Post laying out his simple theory of action:

Nothing works better than competition.

Let me quote from my own response at the time. 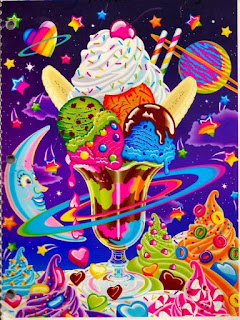 There are so many ways in which competition does not belong in public education. Building is a better metaphor than racing. Competition doesn't even foster traditional conservative values. The free market often resists quality rather than fostering it. The market doesn't know what to do with "losers." Charter school competition does not create pressure for excellence. Market competition creates perverse incentives to game the system, and tends to put the wrong people in charge. Choice twists the product in an involuntary market. Voucher system disenfranchise the taxpayers, literally creating taxation without representation and pitting taxpayers against parents. The whole inefficient system depends on lies and fantasies for financing. And if you think competition fosters excellence, just go take a look at your cable tv. Or take a look at how it has worked out in the college market. Finally, don't forget that time that Dr. Raymond of CREDO (charter and choice fans par excellence) declared that the free market doesn't work in education.


I suggested there were at least five reasons that the program was doomed. But the Las Vegas Sun has been taking a look at how things have been working out. So maybe it turns out I was wrong, and the Nevada ESA program has actually been working awesomely.


There are many possible explanations. The Sun notes there are few-to-none high-rated schools in poor areas, meaning those students would face a transportation issue. But of course there would also be a Getting The School To Accept Your Child issue as well-- particularly since private and charter school tuition generally runs well above that $5,7000 voucher. The Sun also notes that "it could be true that there simply hasn’t been enough outreach by the state in low-income neighborhoods." Almost as if getting poor kids into upscale schools is not the real objective of the program.

Treasurer Dan Schwartz, a conservative acolyte in the cult of the free market, says that we should all ignore the business about class in the use of the ESAa:

“This is not an issue of rich or poor,” he said in a statement. “This is about empowering thousands of Nevada families who are trapped in mediocrity as Nevada struggles with a K-12 education system that is ranked 51st in the nation.”

Which would make a lot more sense if Nevada hadn't gone with a system that empowers ALL parents to bank some tax dollars whether they are "trapped" in a bad school or not. And, as the Sun reports, the majority of ESA applicants live within walking distance of the highest-ranked schools in the state.

The program has hit some snags here and there. Most notably, the courts told the state that it couldn't finance the program with tax dollars meant to finance public education. This cuts to the heart of an ESA program-- the way these are supposed to work is the state hands you your 'cut" of the education tax dollars and says, "Go get yourself an education somehow and don't ever bother us about education stuff ever again." Nevada is still working on it.

In the meantime, if Nevada really wants to get out of 51st place, their leaders might consider focusing on how to actually help schools be better instead of trying to figure out ways that education tax dollars can be used to enrich businesses and absolve the state of any responsibility for its school system.

Free market fans were excited about this system. Nevada was going to be a proof-of-concept case, and folks like the Fordham Foundation and Jeb Bush's FEE were positively giddy with the prospects. But so far all Nevada has to show is a system that takes from the taxpayer, gives to the rich, and leaves the poor stuck right where they've always been, all while making no attempt to actually improve their education system at all. Call this voucher program a big fat fail.
Posted by Peter Greene at Sunday, February 05, 2017