The Lessons of Fordlandia

This week in the New York Times, Simon Romero took a fascinating visit (with photos) to one of Henry Ford's most monumental failures. It's reminder that billionaires who want to remake the world in their own preferred image are nothing new-- and their failures frequently come back to the same old lessons. 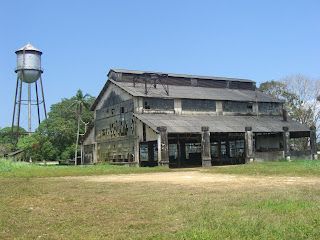 In the 1920s, Fordlandia was going to be Ford's solution to several problems. It would help break the British near-monopoly on rubber production, and it would allow Ford to set up his ideal American town. Even if it was going to be in the Amazonian forests of Brazil. It was a high aspiration, and it was doomed to failure.

Ford also seriously overestimated his power to shape the lives of his workers (who were to live in made-in-Michigan bungalows). It was his growing belief that to fix the world, he would have to expand his horizons, creating not just factories, but entire cities and cultures in his image, all managed by an overseer who managed the city like a plant manager would manage a manufacturing floor.

Beyond producing rubber, Ford, an avowed teetotaler, anti-Semite and skeptic of the Jazz Age, clearly wanted life in the jungle to be more transformative. His American managers forbade consumption of alcohol, while promoting gardening, square dancing and readings of the poetry of Emerson and Longfellow.

But his workers just left town and procured alcohol anyway. And his vision of a world where workers knew their proper place and became good, compliant citizens ran into trouble as well.

Just when things appeared to be settling down in Fordlandia, violence broke out again on 20 December 1930. At the workers’ cafe, in which skilled workers were separated from manual labourers, an argument between supervisor Kaj Ostenfeld and Manuel Caetano, a brick mason working at the city, quickly escalated. Workers rallied behind Caetano, vandalising the city, destroying generators, manufacturing equipment, and even their own homes.

Greg Grandin has written the definitive history of Fordlandia; published in 2010, the book lays out the still-important lessons of what happens when guys get rich and think their money means they can ignore the experts and bend the whole world to their vision

With a surety of purpose and incuriosity about the world that seems all too familiar, Ford deliberately rejected expert advice and set out to turn the Amazon into the Midwest of his imagination,” Mr. Grandin, the historian, wrote in his account of the the town.

Today Fordlandia is a sparsely populated town, its factories empty, and some of its major buildings, like the hospital, long-since stripped of any valuable pieces. It lives on in a couple of pieces of music, and is sometimes cited as the template for new London in Brave New World. The city was never a success-- not as a rubber producer and not as a social experiment, and all of those failures can be traced straight to Ford's doorstep. Unwilling to heed experts and absolutely certain that he was right to inflict his vision of community on his lessers, Ford sowed the seeds of Fordlandia's collapse from Day One.

One can only hope that copies of the book find their way to men like Bill Gates and Michael Barber and Eli Broad and Betsy DeVos and all the other reformsters who have confused wealth with wisdom and believe they have the right to inflict their uninformed, unelected vision on the education world.
Posted by Peter Greene at Wednesday, February 22, 2017