Performance Pay Bombs Across the Pond

I don't know if this will make you feel better or make you feel worse, but our nation is not the only one caught in the throes of bad education reform.

The UK has a performance pay system in which teachers get an increase of pay based on their job performance. Well, if there's money to pay for a raise. Well, if the raise is within the cap of 1% (aka "not enough to keep up with inflation"). 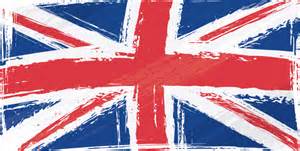 The UK put this system in place four years ago, incorporating many reformy favorites wrapped in a thick helping of baloney. Said education secretary, Michael Gove:

"I am clear that these changes will give schools greater freedom to develop pay policies that are tailored to their school's needs and circumstances and to reward their teachers in line with their performance." There was, he added, "further work to be done" in deciding the best way to implement the recommendations.

Other supporters laud the system's "flexibility," which as usual appears to mean "the freedom to avoid paying teachers very much money."

Recently a joint survey of 13,000 teachers by the National Union of Teachers and Association of Teachers and Lecturers has suggested that mostly the system just beats teachers down. The UK includes its fair share of members of the Cult of Testing (after all, we're talking about the home of Pearson), but the system also seems to include a healthy slice of bias-- your school's "head teacher" can give you a raise based on whatever they feel like basing it on. It could be worse-- Catholic schools in the UK will also judge their teachers on their spiritual performance. Yikes.

In 2016, according to the survey, one in five teachers received no raise (the Brits actually call it a rise). The system has created a great emphasis on more time-wasting paperwork (because you can't get your raise without a multi-page hoop to jump through). And lots of folks can't get a raise because they have topped out on the scale (I feel you, British teacher brethren and sistern).

As is the case here in the colonies, there is no evidence that this approach actually brings a better education to students in the classroom. There's no reason to believe that teachers are actually holding back their best efforts, just waiting to be bribed sufficiently to wake up and actually try to teach. Nor has there been any attempt to address the Really God District performance pay problem-- if every teacher in my school is really, really good, does somebody go out and collect more money from the taxpayers, or do those great teachers just get a smaller slice of a zero-sum fixed-capacity pie? And if so, doesn't that mean that I have to root for the failure of my teaching colleague, because their success will diminish my performance pay? And wouldn't that the number of excellent teachers I find in my school has less to do with how many teachers are great and more to do with how much money I have available for rewarding those teachers ("Budget's tight this year, so we can only afford for one of you to be great!").

Nor is there any reason to believe that performance pay makes a positive difference where it matters-- in the classroom. Do teachers really think, "Well, I was going to just nap through my job, but since I might get a 1% raise out of this, I guess I'll really try hard."

The teachers in the survey and a UK union leader didn't think so:

Mary Bousted, who leads the ATL, warned that school leaders and teachers are “having to spend far too much valuable teaching and learning time on paperwork and admin to decide pay awards”.

“Performance related pay is threatening collegiate working in schools, demoralising teachers who feel they have been unfairly treated and undermining the valuable contribution that performance appraisal can, and should, make to improving teaching – and pupils will lose out as a result.”

In fact, the UK system is not so much about rewarding excellence as it is about having a system that denies raises. Having a default that nobody gets a raise unless the Right Person decides you need a (very small) one-- well, that certainly can't be helping with the UK's growing teacher shortage crisis. Certainly it's not a legitimate free market approach ("When you can't purchase goods or service for a particular price, then you should just.... refuse to budge?")

Performance pay doesn't work. Never has, most likely never will. And that turns out to be true no matter what country you're in.