The Iowa House and Senate have voted to gut the public service unions of their state. 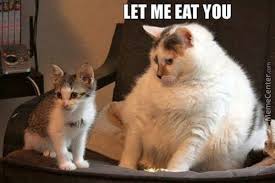 Under the new bill, Iowa's public service unions (that, of course, includes teachers) may not negotiate anything but wages. Health care, evaluation procedures, and other language items may not be part of contract negotiations. And should those wage negotiations stall, the arbitrator must consider management's ability to pay and may not raise wages beyond either a 3% cap or the cost of living index-- whichever is lower. Which means, of course, that local school boards and other management groups don't actually have to negotiate at all.

The bill also kills the automatic deduction for union dues and requires the union to be recertified before every new contract negotiation.

In short, this bill is aimed directly at busting unions in the state.

The bill was supported only by the GOP (a handful of GOP reps defected to vote against it), and it appeared magically from behind closed doors, like Venus rising from a lily pad, just ten days ago. GOP lawmakers didn't run on a promise to bust unions, there were no big public demonstrations or even spirited calls from friendly astro-turf groups. The GOP won't even identify supporters or sponsors of the bill. The GOP just decided to bust them some unions. Opponents have asserted that this is an ALEC bill, and the whole process certainly smells like ALEC at work, but truthfully, at this point there's no smoking gun-- just assertions. Still, if it walks like an ALEC fat cat, and talks like an ALEC fat cat, it's hard not to conclude it's another ALEC fat cat.

The justifications have been spectacularly lame:

“This bill, I believe heart and soul, is a win for all Iowans and the delivery of a promise from Republicans that we would reform governments to make it more efficient for the people for Iowa,” said Rep. Steven Holt, R-Denison and the bill’s floor manager in the House. “Smaller, smarter, innovative government is in this bill.”

Nope. As opponents (like the editorial board at the Des Moines Register) have noted, this will drive down wages, create economic damage especially in rural areas, and expand government bureaucracy. In addition, as laid out in this report from the Iowa Policy Project, it will increase income inequality while eroding pay in the private sector. Most notably, it will make it that much harder for Iowa to convince teachers and health care workers to pursue a career in a state whose legislature is openly hostile to them.

So what's the upside of this for GOP legislators? Not this bullshit that Senate Majority Leader Bill Dix is slinging about:

For years we have been working for fiscal responsibility and pushing for more local control. This bill does that exactly. ... It empowers local school boards. It empowers local officials. It will increase efficiency and innovation at every level of government, giving the taxpayers better services at a lower cost.

Nope. It makes public services cheaper by stiffing the people who provide them, and then reduces the quality of those services by insuring that it will be harder to fill the professions that provide them.

This is not a problem for rich folks, who can always get the best service by simply paying for it out of pocket. But it does keep them from having to shell out good tax dollars to help Those People. Goodness! If they wanted better education, health care, and wages, Those People should have thought of that before they decided to be poor.

Union busting isn't just about destroying the union's ability to stand up for working people. It's also about busting their ability to be a source of money and support for the Democratic Party. As we've seen in many states (and may yet see at the federal level), if you want to establish one party GOP rule, you have to kick out any of the legs on which the Democratic Party stands.

When the bill passed, the gallery was full of Iowans yelling, "Shame," at their legislators, but apparently shame is something that Iowa's GOP is beyond. Sure, all of Iowa may suffer for it, but at least the GOP will hold onto power, so if some rural kids can't get the best health care or education, well, that's a small price to know that guys like Bill Dix can have a cushy job for life, protecting the fat cats of Iowa.

In the meantime, condolences to the teachers of Iowa. So sorry your state Republicans decided to screw you over.

Posted by Peter Greene at Friday, February 17, 2017
Email ThisBlogThis!Share to TwitterShare to FacebookShare to Pinterest