Free Market vs. The Poor

Some people just aren't worth the trouble and expense.

That's the underlying message that comes through repeatedly as GOP legislators across the country line up to cut the foundations out from under public education and the ACA. 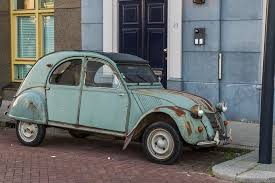 Sometimes they're pretty transparent about it. Pat Toomey just compared sick people to burned out houses to make the point that it's just unfair to ask insurers to cover them when they are already, I guess, a lost cause. And in Pennsylvania, the chair of the State Senate Education Committee argued in an interview that we should stop wasting time trying to get minority inner-city kids ready for college and just put them in some vocational training.

But how can this be? I thought the free market approach would liberate everyone, provide students and families with the same choices available to the rich and so unjustly denied them in our current system?

That's the pitch we hear over and over-- the free market will liberate students from failing schools (as well as liberate health care and our pension funds).

The free market (or, at any rate, the free-ish market we've occasionally enjoyed in this country) has never been about getting top quality products and services in the hands of all citizens. That's because of a simple reason-- the free market does not like poor people.

It is, in fact, the free market that helped us establish the unequal system that we have now. We tied school finance to real estate, and real estate is a free market world-- you get what you can afford (this free market system has occasionally been disrupted by cities that decreed that black folks could only live in certain neighborhoods e.g. Chicago). So we get a system in which poor people in poor people housing get underfunded schools, and rich folks live in rich folks housing near a rich folks school. Rich folks have choices that poor folks don't.

So, how can the free market possibly fix that?

There are two problems: 1) in a free(-ish) market, poor people get fewer choices (or none) because they cannot pay for more, better choices and 2) in a free market system (and most others as well) you cannot take choices away from rich people. I don't mean you shouldn't or it's wrong-- I mean you can't do it.

Consider abortion. If you remember the bad old days before Roe v. Wade, you know one simple thing-- it has always been possible for rich women to get safe, clean abortions. It will always be possible. No amount of law-passing will stop it from happening.

Likewise integration. Busing was going to fix inequity by sending poor kids to rich schools and rich kids to poor schools. But you can't take the choices away from rich families, who just enrolled their kids in private and charter schools. Inequity remained.

The problem remains that poor people cannot, on their own, "buy" rich schools. So the next solution is for the government to buy it for them. But so far, charter-choice systems propose to do that with the same inadequate pot of money that made poor schools so underfunded in the first place. It's like telling someone who was about to buy a used Kia, "I'll give you what you were going to spend on the Kia in a voucher, and send you right over to the Lexus dealer." Turning inadequate funding into a voucher does not make it adequate. Instead, poor folks will get the choices that the businesses choose to give them, the choices that make good business sense, not-a-Lexus sense. In the freemarket, you get the choices you can demand, and poor folks are not equipped to demand much.

No matter how you turn it, free market solutions for education will always result in inequity, with poor folks in poor schools. To give poor folks the "purchasing power" to allow them to go to better-funded, well-supported schools would require us to pump a bunch of money into the system over and above what we're spending now. You can say we're moving away from government schools-- but we're still funding everything with government money. And if we were going to pump a bunch more money into the system, why wouldn't we just use it to pump up the schools we already have? And don't forget-- if you don't make those poor schools appealing enough, rich folks will always have the option to make other choices that your government-sponsored can't match.

The free market reserves its best, most high-quality products for its most attractive, most wealthy customers. Poor folks are the least attractive customers in a free market system. There is absolutely no reason to believe that unleashing the power of the free market would lead to better schools for our poorest, our most vulnerable, our least market-attractive students. And I think on some level the acolytes of free market know that-- as someone who argues by analogy a great deal, I can't help noticing that no free market school fan has ever explained, "Of course it would work. It would be just like [insert business sector here]." There is no sector of the free market in which this trick has worked, because the free market always hates poor folks.

But I don't think leaders in this DeVosian age really care about the outcomes for students in a charter-choice system. It's not that I think they're evil and unconcerned, exactly-- but for this crowd, the free market is a Higher Moral Value in and of itself. When Betsy DeVos remakes Michigan in her preferred image, or praises Florida as a great model for the nation, she isn't concerned about how well students from across the range of backgrounds are being served by the system-- I am coming to believe that she thinks that a free market system that serves poor students poorly is better than a government managed system that erases inequity across the nation and provides each student, no matter what zip code, with a great education (not just "access") to one in their own neighborhood-- I am coming to believe that she feels that implementing the free market has a higher moral value than providing each child with an excellent school, that choice, or the illusion of it, combined with an unfettered opportunity for businesses to compete for tax dollars-- that is more important than actual education.
Posted by Peter Greene at Tuesday, February 21, 2017