Earlier this week I created a big ol' reading list of edubloggers. Today, I'm going to offer a supplement-- a list of recommendations to read from the Other Side.

Not all reformsters can be taken seriously. Some are simply PR hacks, doing their best to sell a product and doing it badly. Some are blindly attached to their product, either because they have limited vision, because they don't bother to try, or because they're paid to do one thing-- shill. And there are reformsters who suffer from an astonishing helping of hubris (no need for self-examination when you are just so freaking awesome). 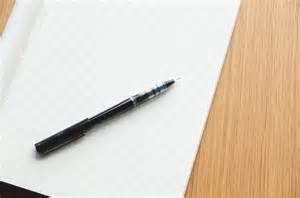 But some of these folks are worth taking seriously, either because they do some thinking or because they are willing to examine their own side's behavior or because they articulate clearly the other side's argument. As I've said before, you can't defeat or even dialogue with people you don't understand.

My list here should not be taken as an endorsement. I disagree with most of these guys almost all of the time. But they are worth reading (and most of them can even carry on a civilized conversation) for a view of what reformsters are thinking, even if I don't think it, too. It should go without saying that you may get riled up by some of what these guys write, and you may have already developed opinions about some of them. My advice-- don't read what you don't want to read.

Petrilli is the head honcho at the Thomas Fordham Institute, a right-tilted thinky tank that has often served as a hired gun to help promote Common Core and charters. Petrilli can come across as cocky; I guess the upside of that is he rarely gets angrily defensive. He mostly reminds me of that kid in class who likes to argue, and doesn't really care what side he's on-- he just likes to argue. I remain curious about how much he actually believes the things he says and how much he's just doing his job. Not afraid to step outside of reform orthodoxy now and then, and will also occasionally say shitty things just to provoke.

Smarick as attached to Bellwether Education Partners, but he also turns up on the Fordham blog and in other spots. Smarick's specialties are an interest in the structure and function of urban districts, but he also returns often to the questions of traditional conservative thought and how it fits with the reform movement (and he concludes at times that the fit is not necessarily a good one).

Another conservative writer in the Fordham axis, Pondiscio's work turns up in a number of places. He has the distinction among reformsters of having actually taught (four years of fifth grade in the South Bronx). A big crusader for the importance of actual content in education (as opposed to the "skills" beloved by Core fans). He also touched off a big intra-reform contratemps by suggesting that social justice reformsters were not playing well with the conservative wing of the movement.

Hess is with the American Enterprise Institute, a right-tilted thinky tank that loves itself some free market thinking. But while there's never any doubt what side Hess's bread is buttered on, he is usually intellectually honest and willing to call baloney on other parts of the reform movement. There's no question he does it from a standpoint of "This is what we need to fix so we can win more," but he's got a good eye for some folly.

Greene (no relation, so far as I know) has a feisty style, but he has an extraordinarily keen eye for the various divisions and tribes within the reform movement, and like Hess, in the name of strategy, will call out those tribes that he thinks are screwing up. Greene is Tribe Parent Choice, but he has delivered some brutal smack-downs to other tribes.

McClusky is education point guy for the CATO Institute, which means he is an excellent source for the purebred Libertarian point of view. He can be fun to follow on twitter because, generally speaking, everyone else is too liberal for his tastes.

Now that I'm writing this, I can see that my list skews rightward, and as I think about it, I realize that there are far fewer allegedly left-leaning reformsters that I take seriously. Not only that, but I generally find them far angrier and meaner and more likely to start name-calling (maybe it's me). But if you want to get a feel for that side of the reformster argument, I can make a couple of recommendations.

Last time I checked, Bradford was heading up NYCAN, but he's moved around reformy circles. But he wrote what I still consider one of the better articulations of the lefty side of the charter argument. And we've managed to have some respectful decent conversations.

I've had some interesting, productive conversations with Melhorn. On the other hand, I've also seen him go off on people with scathing personal attacks. Maybe some people just shouldn't use Twitter. But he's a reliable articulator of the whole "unions are trapping poor minority kids in terrible schools" argument.

If you can stomach it, Peter Cunningham's website it a reliable source of reformy rhetoric. I've actually met Cunningham in person, and he was pleasant. But he has a job that he's been hired to do, and his website (heavily funded by folks like Eli Broad and Bill Gates) is set up to do that job-- functions like a campaign war-room to manage and disseminate for the reform "campaign."

Campbell Brown's website, on the other hand, has settled into an odd mixture of actual journalism, clickbait, and full-on-biased advocacy (which, in all fairness, is what she promised). Read with caution.

You don't have to read any of this stuff. But if you are interested in getting a picture of what's happening across town, where people get paid to worry about this stuff instead of writing about it during lunch breaks and vacation, these writers are a place to start.
Posted by Peter Greene at Thursday, December 29, 2016