School vouchers are one of the great zombie ideas of education, a shambling mess that simply won't die. Some attempts have even been ruled unconstitutional (see the privatizing heaven of Florida and North Carolina, America's Armpit), but that does not stop some folks from dreaming of more voucher programs, and we should probably pay attention, because one of those folks is Education Secretary-in-Waiting Betsy DeVos. 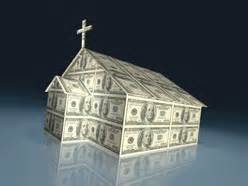 Vouchers are the dream of money in a backpack, strapped onto every wandering student. They have been sold as an engine of equality (they work more like, well, the exact opposite) as well as the same old baloney about choice leading to competition leading to excellence. But these are the public arguments for vouchers; the private arguments are less inspiring.

We can get a look at how these things really work by looking at Indiana, another state where GOP legislators have been diligently working to dismantle public education and sell off the pieces to entrepreneurs. But while a choice-charter system opens the door to let all sorts of folks get into the education-flavored-business game, voucher systems are a huge benefit for another group of people-- people who are already running private schools, specifically religious private schools.

Mark Weber (Jersey Jazzman) has crunched the numbers for Indiana vouchers and the numbers say that religious schools are sucking up public tax dollars like crazy. Greater than 97% of the voucher schools in Indiana are some sort of Christian-affiliated religious private school. A whopping 42% are Catholic schools. (You should read the full piece for all the details)

Emma Brown and Mandy McLaren also recently took a look at Indiana's voucher history. That history began in 2011 under then-Gov Mitch Daniels. But that program had a cap and pretended to be aimed at students in poverty. Daniels was replaced by Mike Pence, who wanted to set the program loose:

“There’s nothing that ails our schools that can’t be fixed by giving parents more choices and teachers more freedom to teach,” Pence said during his inaugural address in 2013.

And he definitely set out to accomplish one of those things (unless "freedom to teach" actually means "freedom to work without job protections"), raising the income limits and participation numbers. Oh, and voucher participants no longer had to have been previously enrolled in public school. If you had always sent your child to a private religious school, you could keep on doing it-- but now with your fellow taxpayers giving you a nice rebate check.

In fact, Weber finds no signs that new schools are springing up to take advantage of voucher proliferation-- just the same old private schools now able to augment their revenue stream with public tax dollars.

There are all sorts of problems with this. As courts in other states have ruled, there's the whole issue of government using public dollars to fund private religious schools. Additionally, these private schools are free to discriminate in any way shape or form when it comes to admitting students. Think about that-- your own child could be turned away from a private school for any reason right down to your family's religion, and then your own tax dollars can be used as voucher funds to send your neighbor's kid to that same school that your own child isn't "good enough" to attend.

The financial impact on public schools is also an issue. Remember, the majority of voucher students never attended public school in the first place, which means that a bunch of money leaves a public school that is still serving the exact same number of students as before. Voucherizing private schools is done at the direct expense of public schools.

And while vouchers may defray private school costs, they are rarely enough to cover the costs entirely. While Brown and McLaren found at least one parent who claimed she would not otherwise have been able to send her kids to private school, that was a "middle class" family. No poor kids are getting to attend $40K/year private schools with their "up-to-$4,800" voucher. And while I haven't found any figures or studies addressing the question, I have to wonder if vouchers will create the kind of effect that loans and grants for post-secondary education has seen, with tuition costs swelling to match the most that families can pay.

None of this is unique to Indiana. Weber looked at Louisiana, Milwaukee and DC and found the same pattern. In Milwaukee, about 90% of voucher students are at Christian schools (42% Catholic). In DC, about 75% of vouchers go to private Christian schools (53% Catholic). And in Louisiana, a little over 95% of vouchers go to private Christian schools, with a whopping 75% going to Catholic schools. It is no surprise that where you find supporters for voucher programs, you will find the Catholic Church, which uses voucher programs to keep its schools healthy.

It is one of those odd discontinuities in the debate that vouchers are also beloved by the GOP. The same folks who condemned Bernie Sanders' "free college" like vouchers just fine. So, it's bad to use public money to send people to a private college, but an entitlement for K-12 students to attend a private school at public expense is okay.

It's hard to say at this point what DeVos could do to foster her beloved voucher programs at the federal level, but if she finds a way, it will mark a new day in channeling public tax dollars to private religious organizations.


Posted by Peter Greene at Tuesday, December 27, 2016
Email ThisBlogThis!Share to TwitterShare to FacebookShare to Pinterest