As I noted in Part I, Peter Cunningham and others from the Why Of Course We're Liberal Democrats Who Support Charter Schools crowd have been trying to rustle up a new conversation about unions and charters and why they should be BFFs. This newly minted conversation has cropped up and there, but Ed Post has whipped a whole little flurry of discussion on its own millionaire-charter-lover-backed website. 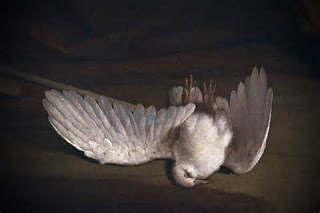 Anchoring the conversation was a post by charterista Dirk Tillotson, who provided some creative re-interpretation of history, but also some thoughts going forward. Cunningham rounded up at least four responses to that piece, and I'm going to look at each of them here.

Lerum is a reformy consultant, currently in Newark with America Succeeds, (a "business-led" reformy group), has also been with StudentsFirst, and the team that reformed the crap out of DC schools in the oughts.

He notes that nobody knows much about the charter union contracts that exist, so he went to look at them. He found that these contracts looked a lot like regular contracts in public schools, with occasional splashes of innovation and a side order of No Striking Allowed. He argues that negotiating such contracts can strengthen the school and provide more authentic teacher voice.

Lerum thinks we should look more at these contracts and also regular public school contracts. I think his piece might have been more informative if he had compared union charter contracts to the kinds of contracts used in non-union charters, with at-will clauses and really wacky stuff like non-compete requirements.

Scott Pearson-- Unionizing Would Be Innovative

But Pearson is at least honest:

Most charter leaders look at the prospect of a unionized workforce with horror. Work rules, seniority-based placement, and onerous due process all are at odds with the charter model of flexibility, nimbleness, and a single-minded focus on kids’ learning.

Well, honest in the first sentence. In the second he confuses charter-boosting baloney PR with reality. But he's here to list some ways in which charters can benefit from unions, based on what he saw at Green Dot charters (not an encouraging choice). At any rate, here's how charters can benefit:

1) Giving teachers an organized channel to express themselves to management. A friend of mine who works in the private sector says the same thing-- having an open channel to a functioning union means that he's always got a working line of communication to and from his employees. Pearson says that it can help with teacher retention, tossing in the dubious claim that "charter leaders constantly search for ways to keep teachers longer"-- there's not a ton of evidence to support that claim, but if it were true, it's true that a union would be one way to facilitate the kind of communication that could keep people happy enough to stay.

2) Unionizing makes it easier to hire teachers, mostly because it creates a more stable work situation. Allow me to change sides for a moment and observe that charters don't need unions to do this-- they could just stop hiring teachers with one year at-will-employee contracts. It's true a union would signal that job stability was a thing, but any charter operator could create job stability any time they wanted to. Mostly they haven't wanted to.

Pearson ends by noting that DC has never received a charter proposal that included the idea of a unionized charter. That in itself should tell him that charter operators have a resistance to unionized teachers far beyond the power of these three little points to dispel (as further witnessed that charters were always able to accomplish these objectives without needing a union to do it-- they just don't want to).

Maddie Fennell-- How This Team-up Would Help Unions

Fennell is a 27-year classroom vet, current NEA teacher fellow, and 2007 Nebraska Teacher of the Year-- which makes her an odd candidate for this piece since Nebraska does not have a charter school law.


Charter schools should be incubators of innovation for public schools, held accountable to the taxpayers. Why can’t this innovation include unionizing charters to bring innovation to the labor-management relationship?

She gives an example of why a young teacher didn't want to join the union, which mostly demonstrated that the young teacher doesn't understand what tenure is. But Fennell does, and her first argument is that charters could provide the sort of teacher protection that can blunt the bad impact of bad administration in a school. Truth!

She also suggests that charters could show how to more creatively manage training and development and advancement. This kind of assumes that charters know something about these things that nobody else knows, and there's no evidence of that, but sure-- couldn't hurt.

She also argues for micro-credentials (which-- ugh-- are barely micro-useful) and notes that she couldn't afford to get an advanced degree for many years because it was so expensive-- which is totally a local contract issue. In my neck of the woods, the state requires advanced coursework and most districts pay for it. So the solution to this issue is already in place in some states, and charter-union team-ups aren't needed to implement it.

Also, I'm beginning to think that everyone who is hired to write one of these charter + union pieces is required to include the Albert Shanker reference.

Anyway, not clear to me what a union would really get out of teaming up with charters other than the obvious-- more dues-paying members.

Marchitello and Pennington are from the right-tilted, reliably reformy Bellwether Partners. They have some interesting twists to offer.

Actually, I would rather that charter operators imagined a school governance system that didn't include "control" as a requirement. But Marchitello and Pennington go on to offer their own list of benefits to charters in allowing unions in the front door.

Next, the writers acknowledge the right of all labor to organize. Then they proceed to management-splain how the teacher unions are doing it all wrong.

First, teachers unions should never speak up about anything not directly related to student learning. Instead unions speak up on "every education issue whether it affects teachers or not, which can create tension and impede reform." Yes, those damned teacher, speaking up like they're education experts or something. Why can't the help just learn to stay in their rooms and leave everything else to the grown-ups?

Next, be like the Green Dot teachers who traded job protections for a little more money (really?? anyone have real figures on this?) and a "more professional day."

Because above all else, make sure that your charter union is not affiliated with AFT or NEA, because those guys are just trouble. Sigh. On the one hand, anyone who wants to say mean things about national or state union leadership can get in line behind me. There's plenty to complain about. On the other hand, what the writers are describing is a local teacher club with no power or clout over and above what management is willing to gift them.

In other words, Marchitello and Pennington have delivered what they promised-- a "union" that doesn't interfere with charter management's full control of their school.

Those are the four "replies" that Ed Post has run so far and my mini-reviews. I'm looking at the length of this post and apparently I'm going to write a third installment to wrap up some overall reactions and thoughts.