What Do The Tests Measure? 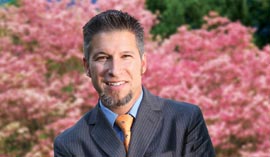 Put another way, Tienken et. al. have demonstrated that we do not need to actually give the Big Standardized Test in order to generate the "student achievement" data, because we can generate the same data by looking at demographic information all by itself.

Using that data alone, Tienken was able to predict school district test results accurately in most cases. In New Jersey 300 or so middle schools, the team could predict middle school math and language arts test scores for well over two thirds of the schools.

I suppose some folks could see this as good news ("Cancel the PARCC test and don't pay them a cent! We can just fudge our test results by plugging in demographic data!") but I'd characterize it more as frightening, given that ESSA continues to demand that teachers and administrators and schools be judged based on test scores (generally under the euphemism "student achievement") and if those test scores can be fudged based on data having nothing to do with what actually goes on inside the school, then a whole bunch of careers and funding are riding on things that have nothing to do with schools.

This is also one more reason that any future teacher (there are, I hear, still one or two out there) who is paying attention should know better than to take a job in a poor neighborhood, where anything from her professional standing to her future career is liable to be trashed by the demographics of her neighborhood.

There are other conclusions to be drawn here, not the least of which is that you are in one of those A-F school rating states, the best way to change your school's grade is to change your demographics (aka turn into a charter and recruit students from outside your old neighborhood).

Make sure to read this report and pass it on. It has been peer reviewed, it is legitimate research, and it does raise huge red-flaggy questions about the validity or usefulness of the BS Tests. At the very least you can be asking your state and national policy leaders, "If we can generate the same data by just analyzing demographics, why are we wasting time and money on these tests?"

In the meantime, here's an oldie but a goodie from Tienken, in case you like your explanations more video style.


Posted by Peter Greene at Wednesday, December 07, 2016
Email ThisBlogThis!Share to TwitterShare to FacebookShare to Pinterest