John King and the Devils

King was at the Center for American Progress today (a place that has to be a little grey these days, given their history of providing interim employment for all those folks who were supposed to be going to work in the Clinton administration) to issue a clarion call for a better educational future (For The Chidren, of course). But as always, the devil is in details, and there is a mighty swarm of devils hovering around this speech. 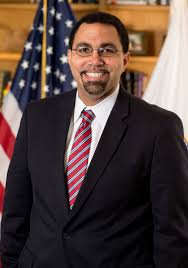 Here are the highlights, as presented by the USED release, and the details that bedevil King's pretty words.

For all who believe that strong, equitable public education is central to a healthy democracy and a thriving economy, now is the moment for us to set aside the policy differences that we have let divide us, and move forward together courageously to defend and extend this fundamental American institution,

Says the guy who as New York honcho, charter school boss, and education secretary, has tried to shrink the reach of public education by pushing for charter expansion. Can charters be expanded without damage to public schools? I believe it might be theoretically possible, but not with the literally zero-sum policy that is the norm right now.

And there is the same problem here as with every call to Unity ever issued-- exactly whose "differences" are we going to set aside, and whose vision are we going to unite behind. "Let's unify for the sake of the children," can just be a polite way to say, "Shut up and just go along with me."

As reported by USED, King called "on those who have been on either side of debates over issues including testing, accountability, charter schools, and effective teaching to come together around shared values." But it's hard to forget that this is the same guy who canceled public meetings in New York state because parents and teachers (whom he characterized as "special interests") wanted to disagree, vocally, with him.

Today we have a choice to make. We can continue to argue amongst ourselves about our disagreements. Or we can work together in pursuit of larger goals.

Again, these are hollow words if King is unwilling to own his contribution to the argument.

But I am saying that we can reject false dichotomies and disparaging rhetoric. We can stop questioning our natural allies’ intentions and fight side by side for the belief that every student in America has the right to a great public education.

King runs the list of accomplishments of the last eight years. More graduates. Fewer dropouts. More kids in pre-school. Check. Achievement gaps closing. Mmmmm.... not so sure on that one. More black and Latino college students, and a really diverse group of graduates. Sure. This all conveniently skips the many goals that this administration set for education which were not so successful or admirable-- Common Core, increased data mining, ubiquitous high stakes testing, and test-driven teacher evaluation systems that would drive a system for moving "good" teachers around and driving "bad" ones out.

We must continue to press on, firm in the knowledge that when we pull others up, they do not pull us down. When the light of opportunity shines on those who lack it, it does not dim for those already in its glow.

What pretty words. But in calling for the future, King draws attention to the most devilish detail of all-- he is about to be replaced by someone who has no interest in his legacy or in progressive programs, yet who shares many of this administration's goals. There is a future for US public education, and it's an ugly one, building on the very worst of the previous sixteen years-- but John King is unlikely to be part of it.

Some details will be different, and they won't. We'll have the same feverish pursuit of charters and choice, the same attempts to beat down the teaching profession, the same test-centered approach to schooling, even the same low-key love-that-dares-not-speak-its-name pursuit of Common-like Core-ish standards. But instead of wrapping it in the language of equity and social justice, we'll get it all wrapped up in free market Jesus.

I understand the urge to run around and speak to the issues one last time, but the hardest detail, the unkindest devil of all, is this-- it doesn't make a lick of difference what John King has to say about education at this point.
Posted by Peter Greene at Wednesday, December 14, 2016