The LA Times last week ran this story aimed directly at the feels. It's the tragic cautionary tale of a poor little five year old who arrived at kindergarten only to discover that she was already behind.

At a kindergarten screening two months before her first day, she happily chattered about her dog Toodles, her favorite color pink, her Santa Claus pajamas, her nickname Gigi, her outings with dad to see SpongeBob SquarePants movies.

But many of her 21 classmates already knew most of the alphabet, colors and shapes. Two of them could even read all 100 words — at, the, there, like — that kindergartners are expected to know by the end of the year.

The story is centered around the Great Suspenseful Question-- can Gigi, who never went to pre-school and was not read to daily, ever hope to catch up?

Teresa Watanabe chronicles the tale, duly noting without question that Gigi is facing what used to be first grade work, a situation created by the Common Core. Gigi also had the great good fortune to be enrolled at Telesis Academy of Science and Math in West Covina, a school that proudly bills itself as the "first ever No Excuses Prep Academy in the nation." You'll be happy to know that thanks to a loving teacher and hard working family, Gigi's academic career was snatched from the jaws of disaster. 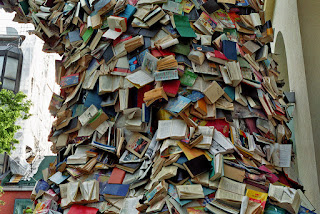 The whole story is immensely depressing. The major sin of Gigi's parents is that they wanted to have a childhood, one that apparently included lots of travel and outdoorsiness and familial time. Little did they realize that while they were showering their little four year old with love and attention, they should have been prepping her for the rigors of kindergarten. I mean, I am a huge supporter of reading to your child every day, but of all the reasons to do it, "Get my child ready for rigorous academic kindergarten" does not rank high.

Is there any reason to believe that getting littles jammed full of more academics sooner actually pays off further down the road? The story doesn't address that question, nor does Watanabe consider the issue of how widely Littles differ in developmental speed-- after all, what does it mean for a five year old to "catch up"? Catch up to what? Who sets the mark that she's supposed to hit and is it reasonable to expect her to hit it if she's lived six months fewer than a peer?

I read about her mother's guilt and Gigi's own fears of failure and being wrong or different, and it just makes me sad. This story is a reminder that the transformation of kindergarten into a kindergrinder isn't just about unfounded academic practices, but taking vulnerable young children and parents and making them doubt everything about their family lives even as it teaches them to think of learning and school as something to be feared, something to be approached with dread and caution instead of embraced with joy. The toxic nature of kindergrinding isn't confined to the school building, but spills out into the community-- and all without real evidence to prove that all of these sacrifices are worth it.

I love reading. I loved sharing it with my children growing up. I loved the moments when grew into their own love of it and pushed forward to learn all about how to do it-- in their own time. But not like this. Books are for children to stand on in triumph and excitement, nor for them to be crushed under.
Posted by Peter Greene at Monday, December 05, 2016
Email ThisBlogThis!Share to TwitterShare to FacebookShare to Pinterest