You may recall that Florida has been the site of some of the most spectacularly abusive testing in the country.

It was in Florida that Ed Commissioner Pam Stewart pursued the testing of Ethan Rediske. Ethan was severely developmentally disabled and-- there's no gentle way to put this-- dying. And yet Stewart and the state insisted on forcing Ethan to take the Big Standardized Test, and put his mother through no small amount of hell to make the case. The sequel to that miserable chapter was to take a bill meant to avoid any such situation ever again and turn it into a big bunch of political gamesmanship.

Stewart is on record multiple times as saying that opt out is not an option with a level of devotion that is as baffling as it is abusive. Is there some value in testing children who are terribly ill and/or severely disabled? If Stewart knows what that value would be, she's failed to explain it. But she sure does believe it, because here she goes again.

Paula Drew would like to excuse her daughter from the test. Her child is mentally developmentally disabled, mostly unable to move, and has to have nutriments pumped directly into her intestines to bypass her malfunctioning stomach. She can communicate "yes" and "no" sort of, with hand gestures that, given her limited control, are hard for even her own mother to interpret.

Does this sound like a child who really needs to take the BS Test? 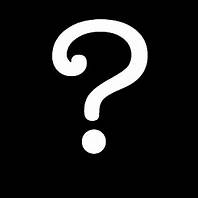 Drew thought that she could appeal that testing requirement, probably because Florida has a law on the books (Florida Statute 1008.212 ) which says that a parent can ask a hearing officer to hear a motion to overrule Stewart's request. Stewart said no to excusing Drew's child, and she said no to an appeal.

Tom Lyons at the Herald Tribune tried to get an answer from Stewart's office explaining A) how she could say no and B) why she would say no.

What the hell is Stewart thinking? Whose interests is she trying to look out for? Does she want to make sure that Drew's child's school isn't slacking? Does Stewart think that Drew is up late wondering if her child is on the path to college and career success?  Does Stewart think that, with all the other challenges she's facing, Drew is worrying that her child hasn't mastered division with mixed fractions? Is it possible that Stewart has an important deal with the test manufacturers and they can't absorb the financial hit of one less kid taking the BS Test? Or maybe Stewart doesn't want to let Drew slide through because then a lot of scofflaw parents would be trying to give their children major challenging disabilities just to thwart the state department of education.


Posted by Peter Greene at Tuesday, March 22, 2016
Email ThisBlogThis!Share to TwitterShare to FacebookShare to Pinterest