CBE & The One True Path

Competency Works is a one stop shop for all your Competency Based Education PR needs, with a variety of ways to enhance the CBE narrative.

On the website, I came across a piece that, for me, really captures one of the problems I have with the current CBE initiative on a pretty fundamental basis. I'll link us back to the original source of the piece by Courtney Belolan about goal setting. 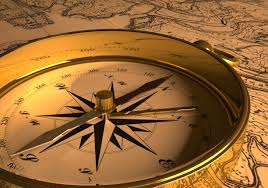 Belolan is an instructional coach and teachery consultant up in Maine, a state that somehow drew the short straw in the Who Wants To Be a CBE Pilot State contest. Belolan started out in education as a middle school teacher, but then moved on to working with the Maine International Center for Digital Learning which is "a non-profit organization that provides professional development and support for middle and high school leaders and teachers (both in-service and pre-service) regarding student-centered learning and teaching practices in 1-to-1 digital environments for the purpose of fostering student creativity, engagement, empowerment, well-being, and readiness for citizenship, college, and careers in a rapidly changing global society."

Let me just take a moment to note that MICDL has an extraordinarily slippery on-line footprint. This address (http://www.micdl.org/) is offered as theirs, and it looks right, but actually takes you to Gryphondale Educational Services (props for the Harry Potteresque name) which appears to a consulting firm for setting up, operating, making money from blended classrooms. Another lead took me to a site that features MICDL's name and a profile from 2014 of Bette Manchester, credited as founder of MICDL, an award-winning principal (including the middle school where Belolan taught), and a FirstMagic admin-- but the page is so incomplete that it still features body copy filled with "lorem ipsum dolor" placeholders. Manchester is also on the staff of Gryphondale. What else? Hewlett gave them a $41K grant in 2009-- "grantee website" is blank. Artopa, a web design company, boasts of the new website they made for MICDL-- but I'll be damned if I can find the thing! No news clippings. Manchester and MICDL are on a long list of Helpful People in a 2010 "report" boosting digital learning by Jeb Bush's FEE, and the group occasionally turns up in that sort of context, but a google search for their exact name turns up 852 results!


So Belolan's LinkedIn account seems up to date, and it still lists her on the board of this organization that specializes in digital education and yet has no serious online presence. So there's that. But let's get back to what Belolan actually says. Here's the heart of her point:

Goal setting is about deciding to do something and planning to get it done.  Simple as that.  Big or small, lofty or humble, anything can be a goal.  Stop and get eggs: goal.  Get a PHD: goal.  Learn to tango: goal.  Stop losing my keys: goal.  Answer emails: goal.  Walk for 20-30 minutes every day: goal.  Drink less coffee: goal.  I could go on.  The goal itself does not matter. What matters is the process, what you do between deciding to do something and doing it.

Here's my problem. When you start with the idea that getting eggs, getting a PhD, and ceasing the regular loss of keys-- when you start with the idea that these are all pretty much the same sort of thing, you are in deep, deep trouble. And if you assert, as Belolan does, that simply planning and doing is the secret to all of this, you are in deeper still.

Now, I could craft any number of examples of what's wrong with all that, but let's just use the materials at hand. Belolan actually started out as a music major at Berklee, but then after two years moved on. Somehow the next professional stop was a middle school English teacher's job, which somehow led to consulting and belonging to a shadow organization that was started in 2008 by a woman who worked as a school principal, and THAT organization somehow ended up not exactly changing the international face of education via Maine but is instead-- what? We don't know.

Was that the plan? Did Belolan end up exactly where she planned to be by planning and executing every step of  the way? I am going to bet the answer is, "No," or "Good lord, no" or even "Are you kidding?"

Goals and plans and doing are all very nice, and they certainly have their own place in the world, but if you think that's the Secret of Life, you haven't been paying attention.

I have a lot of favorite metaphors for life-- let me trot out racquetball.

When you play raquetball, you cannot play with a plan other than "When the ball comes, I will hit it." At the moment you are flexing your arm, you may have an intent, which I suppose we can call a plan for about a half a second from now. But anyone who walks onto the raquetball court with a plan that says, "I will win today by scoring more points" followed by a list of the exact moves, swings and hits-- that person is a loon. Readiness and preparation are important. Timing is important. Focus and attention are important. Effort and passion are important. Planning? Not so important.

And since I got a bit personal with Belolan, let me get personal with myself. This is not the life I planned. True, I planned to be a teacher. But not here. And true, I planned to get married, but I was only going to do it once (the plan required me to be a lot better at it the first time). I suppose I could have made plans for my children, but by the time they came along I had begun to suspect that the whole planning thing was kind of a crock. I never planned to be a union president, let alone one leading a strike. And once I had fumbled one marriage, I certainly didn't plan to try again, and when I considered that possibility, I did not plan on the woman who gloriously upended my whole planning cart.

No, I don't mean that one should just flail away randomly. Preparation. Timing. Attention. Focus. And most of all, being aware of what the world is presenting to you. Planning is simply a way of tuning out possibilities, of saying, "Okay, my ship is going to come in, and it's going to be a schooner, and it's going to arrive at this dock." But the more possibilities you tune out, the more possibilities you miss. The more really great ships sail without you because you're sitting they're waiting for just that one.

For yourself, this is just sad. But to enforce this view on another person, a young human-- that's even worse. To say, "No, you don't want that ship. Just stay here." To tell a child, "Out of all the possibilities in the world, you only want those that are on the One True Path, and I will tell you where that One True Path lies." That's criminal. That's educational malpractice.

But it is also the core of what Belolan and other CBE fans want to sell us. Trust us! We will lay out the One True Path, with a couple of side loops and benches along the way so that students can stop and rest where they will (because-- personalization! See!!) We will pre-select the ships for you and we will pre-build the docks and we will pre-plan the voyage.

Because we know where the One True Path lies. We will be able to evaluate your child's planning and execution skills because if your child ends up where we think she should go, then her planning was excellent! We will let your child sit at a computer and step along the proscribed trail that we have set down for her. It's on a computer, so you know it's right.

If it were that simple, teachers would already be doing it. If it were that simple, it would be how most people lived their actual lives. But it's not. And anybody who thinks you can plan your way to a happy, full, rewarding life just like you plan your way to pick up eggs at the store-- that is someone who just doesn't get it, and certainly shouldn't be trying to impart what they do not get to teachers and children.

It's not about a plan. It's not about a marked path with restricting rails and a pre-chosen destination. It's about a map, and a compass, and the skills to travel where you will.
Posted by Peter Greene at Monday, March 14, 2016