Pity the Chiefs for Change. They were destined to be part of the superstructure of educational reforminess that would help sweep Jeb! Bush into power, then be poised to cash in on uplift US education once he got into the White House. But now the Jebster's Presidential hopes have gone the way of Betamax tapes and the Zune, and Chiefs for Change is on the last leg of a long, downhill slide. 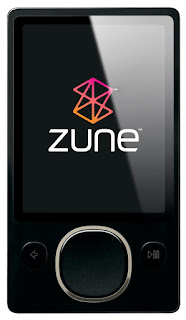 CFC was originally spun off of Jeb's Foundation for Excellence in Education (FEE), a group that lobbied hard for Common Core, school A-F ratings, test-based evaluation, and mountains of money thrown at charter schools. FEE started up CFC because they thought that the Council of Chief State School Officers (CCSSO), the group that holds the Common Core copyright and was the figurehead guiding force behind the core's creation-- that group wasn't aggressively reformy enough for the Jebster.

Initially, the group was to be a new nexus of reform, but they were immediately beset by problems. And I'm not counting the naming problem-- did they think that change would never come, or once the change was the status quo, were they going to just disband? I mean, if your brand is that you favor change, does that mean you just keep trying to change the change that you just implemented? Do you ever say, "Well, hell, no-- we don't worked hard to install that policy and we surely don't want to change that!" I'm just saying-- doesn't seem like a very well thought out name.

At any rate, by the time Jeb's 2013 Reformster Convention rolled around (incidentally, the 2016 National Education Summit is scheduled for end of November in DC-- I wonder how that's going to go), the Chiefs were already in rather a mess. Chief Tony Bennett had already had to change jobs because of that whole lying and cheating thing. And Jennifer Berkshire provides a great account of Rahm Emmanuel's speech, a weathervane moment that showed the Winds of Change no longer at CFC's back.

Since those not-so-halcyon days, CFC has decided to implement a little mission creep. Last year they dropped their connection to FEE, which was more than financial, but also structural and organizational. They also decided to change their definition of "chief." Previously that had meant a state-level education chief, but they had already developed a problem in that department. If we scan the list of the current seventeen CFC members, we find these:

The other eleven members include Chis Cerf who is currently a superintendent, but is the former New Jersey Chief. The list also includes Hanna Skandera (New Mexico) and John White (Louisiana), neither of whom is exactly packing heavy political clout these days. The Glorious League of Washed-up Education Reformers  doesn't really reek of political power and influence, so GLOWER CFC has opened its doors to lowly superintendents. The six newest members, announced just this month, are

In fact, among the seventeen members, in addition to White and Skandera, the only members who are state ed chiefs are-- oops. Hansuel Kang, state superintendent of DC schools. And Veronica Conforme, head of the Education Achievement Authority in Michigan, which has troubles of its own and is marked for termination.

Oh, and let's not forget Deborah Gist, who used to be the Ed Chieftain for Rhode Island, who was last year hired as superintendent of Tulsa, OK schools, an appointment so unpopular that teachers walked out of the board meeting where Gist was hired.

So that means the Chiefs are now a group of seven school district superintendents allied with some former state chiefs and a handful of barely-in-power education leaders. John White, the hood ornament on this busted-down bus, says that the CFC now has a new mission:

The turnover in Chief roles is incredibly high, and we know that education leadership is not diverse enough. The work we are doing together to build a pipeline of diverse Future Chiefs, and to envision new systems to support students and teachers under ESSA, is essential and exciting.

It's like they made a half-hearted attempt to crib some copy from the last couple of Teach for America reboots. "What are we doing now? Something something diversity? Fine. I'll put that down."

Chiefs for Change were going to be Educational Masters of the Universe. Now they're more like one of those padded ghost band versions of some sixties rock group playing county fairs and mall openings. Such big dreams. They coulda been contenders. Now, like many folks who were depending on the Jeb! Bush political machine, they are going to have to find a new path.

Posted by Peter Greene at Thursday, March 31, 2016
Email ThisBlogThis!Share to TwitterShare to FacebookShare to Pinterest