In today's US News, Rachel Campos-Duffy of the Libre Initiative is busily deploying tired charter talking points against Hillary Clinton.

Campos-Duffy is a journalist who got her start on MTV's The Real World, and has since graduated to Fox News, The View, and other guest pop-ups. She authored a book in praise of stay-at-home mothering, and she's married to Sean Duffy, a Wisconsin congressman and fellow Real World alumnus. He got some attention a few years ago for talking about how hard it was to make it on his $174K Congressional salary.

Meanwhile, the Libre Initiative is an astroturf group standing up for "the principles and values of economic freedom" in the US Hispanic community. You'd better sit down as I tell you that they got a huge pike of their funding from the Koch brothers, that they are run by veteran GOP staffers, and that Fox News thinks they are swell (and real). 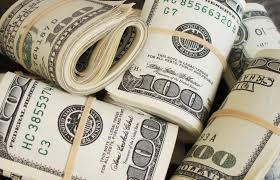 So that is Campos-Duffy's context as she pops up to lecture Clinton on the need for charter schools.

As is typical for charteristas, Campos-Duffy characterizes the private school funded with public dollars as "the surest way to give children the best shot as a better life." She throws in her qualifications (mother of seven children) and notes that she has "taken advantage of educational options" for her own kids, which I'm sure is a challenge for a family trying to get by on a the money made by being a Congressman and being a media figure.

But Campos-Duffy is interested in commentary, and not actual evidence. She notes that charter-choice has "clearly worked for Hispanic families in Florida, Nevada, Arizona and elsewhere," and I'd like to ask her how she arrives at that "clearly." Florida charters have a variety of problems, including a 30% failure rate. And while Florida's school letter grades are a bogus joke, it's the game reformsters wanted to play, and in that game charters are pulling failing grades at three times the rate of public schools. And that's before we get to the many ways that Florida's mostly-unsupervised charter industry has bilked the taxpayers.

Campos-Duffy quotes Clinton from last year: "I want parents to be able to exercise choice within the public school system – not outside of it."

Campos-Duffy forgets the correct charterista talking response, which is that charter schools are public schools, but she can be forgiven for forgetting that talking point because it's not actually true. But she certainly remembers the rest of the charter fan theme song:

As a mother myself, I cannot imagine a more heartless response to the millions of children whose lives depend on access to charter schools. No child's future should ever be dictated by what zip code they were born in. Yet with their families lacking the resources for a private school education, they are left with no choice but to carry on in despair.

These all seem like great arguments in support of other things? Charters are life-saving? Then why not a call for better regulation and some sort of protection for the many students who are left high and dry when charters suddenly close. No child's future should be determined by zip code? That sounds like a call for more aggressive approaches to systemic poverty and racism. Which is why the last sentence is also baloney. No choice? There's a choice. There has always been a choice-- and the choice is for state and federal leaders to demand that schools in poor communities have the same sort of resources that wealthier districts have. Parents don't want a variety of choices nearly as much as they want their child in one good school.

Campos-Duffy follows up with more baloney. She touts higher test scores for charters and larger waiting lists, sourcing various pro-charter "research" groups. She makes the claim that charters achieve their mediocre results with less public money, which is a two-part equivocation. First, charters supplement that money with private contributions, meaning they do not know the secret of providing a cheaper education. Second, the local taxpayers will still pay more, because taxes must be raised to replace some of the money that charters have sucked out of the public schools.

And third, charter results depend on selective student bodies. Campos-Duffy calls that "simply untrue," which is simply untrue. Charters have a variety of techniques for being selective, from ad campaigns that make it clear which students are welcome and which are not, to "random lottery" processes that require a certain level of savvy and smarts to navigate. And that's before we get to techniques like the Success Academy infamous "got to go" list. And all of that is before we get to the more complicated business of using charters to gentrification in certain neighborhoods, pushing out the local poor folk and bringing in a Better Class of folks.

Campos-Duffy tsk-tsks the "special interests" involved in this debate, but the debate is only happening because the special interests behind the modern charter industry have pushed so hard for their access to the charter gravy train. She calls charters "extraordinarily successful nearly everywhere they've been tried, which is just not true.

She does correctly note that Clinton used to be a charter industry BFF, and as a pro-public ed guy, I have to say that Campos-Duffy is probably way too worried for no good reason-- I fully expect that if elected, Clinton will continue to serve the big-money interests that back charter schools. So Campos-Duffy's argument is largely bogus, but it's also largely unnecessary. Maybe those two things cancel each other out.
Posted by Peter Greene at Thursday, March 17, 2016