When it comes to terrible education decisions, few legislatures can hold a candle to the whiz-bang elected wizards of Florida. Along with their the state's chief education minion Pam Stewart, they have raised fetishizing the Big Standardized to awesome heights.

Stewart and the legislature earned their Gold Medal in Being Awful for their treatment of Ethan Rediske. The state demanded that Ethan's parents provide plenty of proof that he needed to be excused form the Floirida BS Test because he was dying. Stewart accused Ethan's mother of trying to use Ethan's situation to make political hay,.because when a grieving mother has lost a long-suffering child to long-term debilitating illness, her first thought as she grieves is to get some political leverage out of the situation. Okay, maybe Stewart can be excused for thinking that of course someone would try to raise political capitol from the tragic death of a young child-- because that's exactly what legislators in Tallahassee proceeded to do.

Many testocrats have tried to sell the story that we are actually doing students a huge favor by wasting their time on BS Testing, but nobody has really committed to this unsupported claim like Florida's leaders. And here they are, at it again.

The law now says that all students must participate. And that means that the Rule of Stupid Laws now kicks in: when you create a stupid law, you end up looking far stupider trying to enforce it than anybody does breaking it. 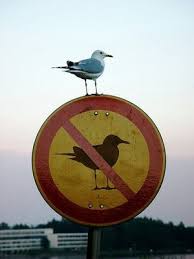 There was a classic example years ago in Massachusetts at Danvers High School when the principal (I am not making this up) tried to ban the word "meep." Besides opening the school to universal ridicule, the entire business included robocalling the entire student body and (still not making this up) informing a lawyer that his "meep" infused letter to the district had been forwarded to the police. If you've spent any time at all around small humans, you know how this played out. Students tested every possible permutation of the rule. Would you get in trouble for saying "Mee" or "Peem" or "Peep" or, most awesomely, "Ni." I have often wondered how that story finally played out, but I can guarantee you it didn't end with the principal winning cheerful compliance and students solemnly determining they had seen the error of their ways.

In Florida, the word is not "meep," but "participate." And that means we now get to watch the state of Florida attempt to beat back all manner of tests of that law.

If my child signs his name to the test and then pushes the test away an answers zero questions, has he participated? Does he have to answer one question to qualify as "participating"? Ten questions? Does she have to try, or is it participating if she plays ACDC on the test?

Hilariously, the state has so far declined to answer any such questions:

"I feel like answering the type of question provides more information that could be construed as encouraging students or parents not to take the test," DOE spokeswoman Meghan Collins said. "That's just something we don't want to do."

In other words, we refuse to tell you what the minimum requirement is to avoid violating our stupid rule.

The Tampa Bay Times pressed Stewart's office for an official, legal definition of participating, but they simply referred the reporter to the actual letter of the law, which is not very helpful:

"Participation in the assessment program is mandatory for all school districts and all students attending public schools, including adult students seeking a standard high school diploma under s. 1003.4282 and students in Department of Juvenile Justice education programs, except as otherwise provided by law. If a student does not participate in the assessment program, the school district must notify the student's parent and provide the parent with information regarding the implications of such nonparticipation."

So the penalty for not participating is a note home to your parents. And nobody seems to knpow what the big bad punishment might be beyond that. But still no whiff of a definition of what "participate" actually means.

Whatever it means, lots of Florida parents don't do it. Last year over 100 Florida schools didn't get their official fake grade from the state because they fell below the 95% participation rate. Probably lots of principals and teachers and students and families crying themselves to sleep over that one.

You can't brow beat people into compliance by using a stupid rule, which is what Florida has tried to do.  They now have to deal with a rule so unclear that nobody can tell when you've actually broken it or what happens to you if you do break it. I'm willing to bet that the rest of the nation's testocrats will not be looking to Florida for pointers on how to beat back opt outers.
Posted by Peter Greene at Wednesday, March 09, 2016
Email ThisBlogThis!Share to TwitterShare to FacebookShare to Pinterest