No, not a lesson for Bernie. A lesson from Bernie for the rest of us.

Lots of folks have been trying hard to parse exactly what Bernie Sanders at that Ohio town meeting that gave so much hope and joy to DFER. Does he stand up for public education? Does he think charters are swell? Having poked through his statements on the subject, I'm inclined to conclude what is, really, the obvious-- Sanders doesn't really know or understand much about modern charter schools. 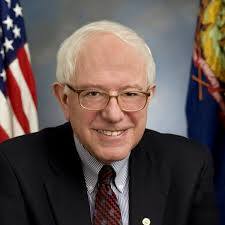 This is not a huge surprise. The modern charter industry has spent millions and millions of dollars to make sure that the public does not really understand charter schools. Sanders's offhand comment is a reminder to the rest of us that those charter efforts have been very successful.

This is easy to forget. Like advocates involved in any issue, public school advocates spend so much time staring straight at the face of reformsterism that we can forget that many ordinary folks are not all that up-to-date on the issues. If we're not careful, we run the risk of being that crazy person in the room hollering, "But look!! It's hoorrrrrrible!!" while our audience turns in genuine confusion to say, "What? That little spider in the corner?"

Bernie Sanders is no dummy, and he doesn't live with his head in the sand. But charter schools and public ed and the rest of the mess have not been on his radar all that much and so, presumably, his knowledge of some issues comes from the ether, the background chatter, the conventional wisdom. And charter school promoters have done a good job of getting their message into the ether. If Sanders doesn't get it, neither do a whole lot of other people.

That is the charter lesson from Bernie-- we public education advocates still got some 'splainin' to do.

I wish I had a direct line to Sanders. I wish my union hadn't squandered an opportunity to build some bridges to his campaign. Both he and the other folks who don't know the charter school score need to get some basic stuff.

Why charter schools are not public schools.

Here's the shortest, simplest list of talking points I can craft.

1) Charter schools use public tax dollars, but are not accountable for how those dollars are spent.

Charters don't have to tell how they spend public tax dollars. Not a cent of it. In fact, they have gone to court to defend their right to stay unaccountable to elected officials.

2) Charter schools are run by unelected persons who are unaccountable to the voters.

Charter school boards are not elected. Charter corporation executives may not even live in the community where the schools operate. Charter boards do not have to open their meetings to the public-- ever. If you are a parent with a child in the charter, your only "voice" is to pull the child out. If you are a taxpayer without a child, you have no voice at all.

3) Charter schools do not have to accept all students.

The most basic promise of public schools in the US is that they must take every child in their community. Charters do not have any such requirement. Besides pushing students out, charters can use targeted advertisement and demanding application processes that push away the less desirable students.

4) Charter schools are business-centered, not child-centered.

Charter advocates will claim that only a small percentage of charters are for-profits, but a noon-profit charter is just a charter that doesn't have to share its profits with shareholders. Yes, teachers and educators in public schools make money from working there. But if a teacher wants a raise, she must bargain for it with elected representatives of the taxpayers. Because of 1 and 2 above, charter leaders can give themselves as much of a raise as they like. For charter operators, every dollar spent on a child's education is one less dollar they get to pocket.

Charter schools are not public schools. Many members of the public do not get this. In fact, many members of the public have looked this truth right in the eyes and walked on, thinking, "Well, that can't be right. I must just not fully understand things." And charter pushers just keep putting the word "public" in front of "charter schools," because if the word's there, it must be true, right?