Pearson: ESSA Won't Hurt Us A Bit (But Karma Might)

It may be one of the most common remarks of the push back against reformsterism-- "How would these untrained non-educators like it if I showed up at their office and told them how to run their business?" And chief among the people among the folks showing up in our classrooms to tell us how to do our jobs would be the folks at Pearson, the giant publishing conglomerate that has not only ridden the bus to the bank, but has also changed the tires, punched the tickets and occasionally taken over driving.

So it is with a certain amount of schadenfreude that I note that the AFT has put together an alliance of stockholders to tell Pearson how to run their business. 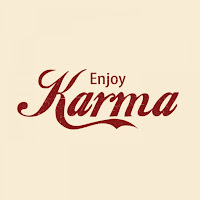 The resolution tells Pearson management that A) they had better look at strategies to increase profitability and B) those strategies had better be something other than an emphasis on testing.
The resolution starts with the observation that Pearson stock has taken a 40% dive in the past seven months.

Pearson has a response. Initially, it was five part, including the general observation that Pearson's strategy was, the stock is doing better now, testing is just a small part of their revenue-- oh, and this:

The Every Student Succeeds Act (ESSA) does not eliminate assessments. The act maintains the federal testing requirement but provides states with greater flexibility in how they use the results of the tests.

In other words, Pearson remains confident that the new law will not make the slightest dent in the market for crappy standardized tests. Do remember that the next time some educrat or reformster is saying that ESSA will totally help with the blight of toxic testing in education. Remember that the leading manufacturer of those tests doesn't see a thing to worry about.

Meanwhile, the sniping back and forth between the resolution backers and Pearson has continued, and it creates a fascinating tableau.

On the one hand, I suppose it's possible that AFT has become so plugged in to corporate world, including investing in public education's most toxic enemies, that they are actually unironically rooting for Pearson to make more money.

But on the other hand, this may be a masterpiece of corporate baloney  and concern trolling. If that's so (and I think it is and I really want to believe it is), then in this instance, AFT has mastered the reformster art of using expressions of legitimate concern and the language of industry insiders to mask a entirely different agenda. When I read AFT doing things like calling Pearson “tone deaf to the pain felt by shareholders,” it helps me believe a little more in karma. Teachers bothering boardrooms and telling corporate tools how to do their job? It doesn't get more karmic than that.
Posted by Peter Greene at Monday, March 21, 2016