We can talk about many troubling features of charters and the many rules from which they are exempt. But perhaps no difference is more troubling than this one-- charters are under no obligation to keep providing students with an education.

A popular selling point of charters is that they will provide for poor kids the same sort of rich choices available to wealthy kids. But that's increasingly not how things play out. As Wendy Lecker reports from Connecticut, for example, government is shifting education dollars away from poor public schools. In New York City, we see charters literally push public schools out of buildings, while in places like New Orleans the public school system has been allowed to simply collapse. People are now telling me stories of places where a new charter school is opening within a stone's throw of an existing public school.

In short (and some charter advocates aren't shy about saying so), the dream is not supplement the public system, but to replace it. 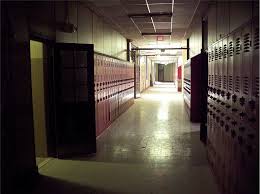 But public schools have laws they must answer to. Kansas has been trying to systematically underfund its poorest schools, and the Kansas state supreme court ruled they were violating the state constitution and ordered the legislature to come up with a better system. The legislature is fighting back, but they are having to literally change how government works in order to escape their legal obligation to educate their students.

In fact, recent case law suggests they don't even share a public school's need to recognize student civil rights-- after all, the students are customers in a business, not citizens in a government institution. A charter school doesn't need to recognize a customer's right to freedom of speech any more than McDonalds does.

So, won't the free market even this out? Maybe it is possible that the public will start to understand that just because a charter school has the word "school" in its name, that doesn't mean it has a school's legal obligation to stay open and recognize certain student rights. And maybe it is possible the Market Pressure would force charters to provide swell education no matter what. But I don't think that's an answer.

First, even if the market did help sort issues out, students will not benefit by spending chunks of their childhood being batted from place to place by the invisible hand.

More importantly, education is a rare example of a "free market" system in which the government helps one party (the charters) by working to put the competition (public schools) out of business by stripping it of resources, funds, and support.

But one thing remains traditionally free marketty-- once a charter has "won" the local market and best the competition, it can do as it likes. It can quit the market entirely if it decides that prospects just aren't as good as it hoped. It can scale back operations dramatically, dropping either services offered or number of students served. It can squeeze and squeeze as it searches for growth in its operation's financial prospects.

New Orleans is a clear example of the dangers involved. If even 50% of the charter companies operating in New Orleans decided next week that it no longer made business sense to operate there, what would happen next? Is there enough of a public school system left to go back to, or would those students just be out of luck? Would they have to settle for whatever low bar the market was willing to clear ("Well, we can probably make enough revenue if we just have one teacher drilling 200 students on basic math problems for two mornings a week. That's what we can afford to offer-- take it or we're closing up shop, too").

By switching to a charter school, a family gives up the promise that their child, as a US citizen, is entitled to a free education no matter what. The irony is that the onslaught of charters is forcing some public schools to imitate charters in this one way-- to turn their back on the mission of pubic education to educate every child.

The dark picture that is the most clear result of the modern charter boom is a future with a two-tiered system, with a well-funded charter system that serves a small, select percentage of the country's students, while the rest of the students are condemned to an underfunded, collapsing, hugely debased public school system.

But that is not the worst possibility, the darkest charter future-- in that future, a select few enjoy a fine education, and large chunks of the US have no schools at all. Giant chunks of the US, condemned as unviable business prospects, get minimal shadows of actual schools, or are simply abandoned, their educational infrastructure sacrificed to the charter gods, their local tax base unable to support a rebuild, and their state unwilling to foot the bill to recreate a public education system.