StudentsFirstNY is one wing of the StudentsFirst empire, a well-heeled advocacy group dedicated to breaking down job protections for teachers (e.g. The Vergara lawsuit in CA) and expanding the market share for charter schools.

Expanding that charter market means actively rooting for the failure of public schools, because every public school that is labeled failing is a marketing opportunity for a charter school.

That's the context of Friday's story that StudentsFirstNY is demanding that 70 New York schools be kept on the "failing" list, regardless of what improvements they may or may not have achieved. The headline says "questioned," but "threatened court action" would be more to the point, as StudentsFirstNY sent a letter to New York High Poohbah of Education MaryEllen Elia saying that if she didn't put the 70 schools back on the up-next-for-demolition list, they would "explore all available remedies to ensure compliance with the law."

It's an extraordinary statement-- is StudentsFirstNY a law enforcement agency? Do they have some direct legal interest in the status of the public schools? The answers would be "no" and "no, other than the same interest that a vulture has in a dying antelope." 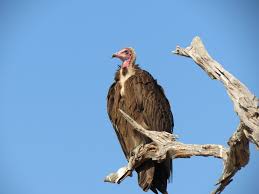 The department announced in February that based on test and graduation figures from last year, the 70 schools no longer qualified as dying antelope, though a department spokesperson said that "they still need a lot of work." StudentsFirstNY has nothing to say about the vital signs of the schools in question-- they just want to argue the fine print in the law, recalling the old lawyers' adage (when the facts are against you, argue the law; when the law is against you, argue the facts; when both are against you, call your opponent names).

But StudentsFirstNY is not arguing first for students-- they are arguing that those schools ought to be a few steps closer to death, because how else are more charters going to grab another pile of those taxpayer public education dollars. It's moments like these in which some reformsters reveal just how bald and blinding their avarice, and how much education is simply another kind of business deal for them.
Posted by Peter Greene at Saturday, March 19, 2016
Email ThisBlogThis!Share to TwitterShare to FacebookShare to Pinterest