What do you do when your state supreme court rules that you must spend more money on your public education system?

Several states have faced this challenge, and most of them have gone with something simple, like "Just ignore the ruling" (looking at you, Washington state). But Kansas has decided to take a more direct approach.

The funding problem has been brewing for a while, with the Gannon vs. State case dragging on since 2010. In 2014 the court ruled that the state had to fix the inequity of its funding for schools, and the state used a block grant to paper things over for a bit, but now the court has ruled again, giving the legislature till June 30 to get their act together.

Kansas has been a mess for a while now. Governor Brownback and a GOP legislature has tried to turn Kansas into a free market laboratory, with "business friendly" tax cuts that have put the state's finances in free fall. The attempt to implement a full-on super-GOP model is leaving the state broke. Tax cuts for the wealthy didn't trickle down, and the state is now in a mess (while Brownback runs the standard playbook of throwing attention to social issues, as if gay marriage is somehow responsible for Kansas poverty). It is no wonder that education is underfunded in the state using a formula that the state supreme court says is unconstitutional.

And that's not all. Kansas has voted to allow unlicensed persons to teach in the classroom. They voted to strip teachers of all job protections in a bizarre fracas that featured the Koch Brothers coming to Topeka to extort votes out of moderate GOP members (Nice re-election prospects you have there. Shame if anything happened to them). They have suggested that teacher evaluation could be handled by the school janitor. And they have been watching a steady exodus of teachers from the state. All that on top of the purposeful and deliberate underfunding of education, which is where the state supreme court shows up to tell them they are violating the state's own constitution. 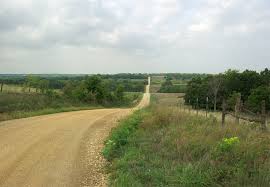 The official Kansas Road To Nowhere

So back to the problem-- what do you do if the courts tell you that your legislation is illegal?

You change the laws so that you can get rid of the courts.

The Kansas legislators are trying to redefine "high crimes and misdemeanors" for which judges can be impeached to include such items as "attempting to subvert fundamental laws and introduce arbitrary power," "failure to perform adequately the duties of office," and, most spectacularly, "attempting to usurp the power of the legislative or executive branch of the government."

This is a spectacular grab. Should this pass, not only can the legislature ignore court rulings it doesn't like-- it can use those court rulings as grounds for removing the offending judge from the bench. Charles Pierce at Esquire, speaking of the legislature in an article accurately entitled "The Great Let's-Totally-F*ck-Up-Kansas-Experiment Is Nearly Complete" sums up the situation nicely:

They recognize no limits to their power, no curbs to their desire. There are few frontiers in democratic government that they will not work to violate, or to twist to their own purposes. And they absolutely will not stop. Ni shagu nazad, as Stalin said to his army. Not one step backwards.

Oh, and either to make things seem better, or to hedge their bets against any future elections, the legislature also wants to extend this language to members of the executive branch as well.

This is a reminder once again that attempts to gut public education are often just the tip of the iceberg, one more arm of the big-money octopus that finds democracy unpleasant and unpalatable because it lets The Wrong People have a voice in how their country and state are run. Better to shut down any and all dissenting voices, even if those voices are coming from officials in robes, and even if shutting down those robes represents a baldfaced attempt to overturn the principle of checks and balances. Balance of power? We'll tell you how power should be balanced-- we should have all of it and people who disagree with us should have none of it. And when our state's economy is spinning out of control toward a cliff made of the burning empty husks of failed economic policy, nobody had better dare to try to give us a reality check. Our will can triumph over reality itself, as long as no other voices are allowed to speak.

Look for the Kansas legislature to pass laws stripping PhD's from scientists who insist on pointing out that the earth is not flat and gravity is not small invisible gnomes. Maybe they'll also legislate the defrocking of ministers who point out that repeated and willful disregard for the well-being of other humans is an offense to God.

So, good job, Kansas legislature. You may or may not win the prize for Worst Legislature in America, but you've got a good shot at First Legislature To Drive Its State Right Into Oblivion. Maybe a new name would help. Maybe The Royal Republic of Kansastan. Or maybe you could go back to using democracy and actual not-already-discredited economic principles to run your state.
Posted by Peter Greene at Sunday, March 20, 2016