I Am Not Hostile To Change

Secretary of Education Betsy DeVos spoke today to a gathering of Magnet School folks, and opened up by suggesting that "some people" are "hostile" to change. 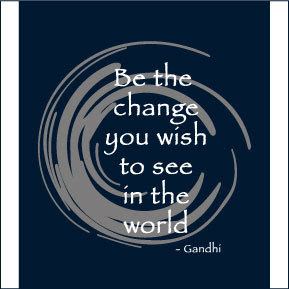 I just want to be clear. I am not hostile to change. In fact, there are some changes that I would love to see.

I would love to see a change in the rhetoric about failing schools. Instead of declaring that we will "rescue" students from failing schools and offering lifeboats for a handful of students, I'd like to change to a declaration that where we find struggling and failing schools, we will get them the support and resources that they need to become great.

I would love to see a change in how we approach the communities where those schools are located. Instead of pushing local leaders aside so that outsiders who "know what's best" for them can swoop in and impose decisions for them instead of letting them have control of their own community.

I would love to see a change in how teachers are treated. Instead of trying to bust their unions, smother their pay, ignore their voices , and treat them as easily-replaced widgets, I would like to see teacher voices elevated, listened to, respected, and given the support and resources that would lift them up. I would like to see them treated as part of the solution instead of the source of all problems.

I would love to see a change in how we discuss race and poverty, treating them as neither destiny nor unimportant nothings.


I would love to see a change in the status quo. Because at this point, the status quo is a public education system that is being smothered and dismantled by people who lack expertise in education and belief in the promise of public education. The education "establishment" has been pushed out and replaced by well-meaning amateurs, profiteers, scam artists, and people who have no desire to maintain the institution that has been the foundation of a robust and vibrant democracy. Reformsters are the status quo, and that is a status quo I would love to change, because they have had their shot, and all of their promises have proven to be at best empty and at worst toxic.

And all of that is because I welcome the change that I have always welcomed, built for, worked for-- which is the change of young humans into grown, fully-realized, awesome, grown, valuable, living, breathing, completely individual and fully capable adults, the change of each child from an unsure rough draft into the version of their own best self.

No, Secretary. I am not hostile to change at all. I embrace it, welcome it, hope for it and work for it every day. There are many of us out here, and if you imagine we are hostile to change, that is one more thing about public education that you do not understand.