A curious conversation is unfolding over at Education Post, kicked off by this piece by Dirk Tillotson, founder and executive direct of Great Schools Choices, a charter advocacy group. It's a "provocative" piece simply because it is a charter fan writing in favor of unionizing charter work forces.

Tillotson kicks off his conversation by using classic passive voice weaseling to get around a fundamental fact of charter life:

Charters and unions are often seen as diametrically opposed. 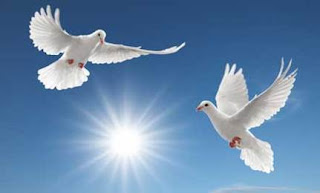 Are seen by whom, one wonders. Then one remembers that charters and unions are seen as diametrically opposed by the vast majority of charteristas, who have for years touted the non-union work force as one of the big selling points of charters. The CEO model of charters has always called for a visionary who doesn't have to answer to restrictive and confining union rules, with many charter player preferring Teach for America style workforces that don't unionize, don't object to enforced 80-hour work weeks, and don't stick around long enough to start telling the CEO what to do. Charters have been dragged into court for union-busting. Ed Secretary-in-waiting Betsy DeVos of course supported charters big-time in Michigan as well as a union-busting right-to-work rule.

One would be hard-pressed over the past decade to find a charter supporter who wanted to make sure that their charter school had a teachers union. In the vast majority of cases, charter support and anti-union stances go hand in hand.

Tillotson tries to gloss over this by observing that the diametrical opposition isn't "accurate" history becaus Great-godfather of charters Albert Shanker was a union guy (I have a sense we're about to hear that factoid brought up a lot), but that's baloney. The modern charter movement has been actively and vocally anti-union, and if Tillotson and Peter Cunningham and other lefty-ish charter supporters want to have a new post-Trump alliance-building conversation, a good start would be some honesty about how we got here.

This is the problem with Tillotson's argument-- though it contains some valid and worthwhile points, it keeps tripping over some uncomfortable truths about the real current situation.

Maybe charters could help teach unions develop a more professional, less industrial model? Sure, that might even be true. Tillotson offers an example and mentions the key-- trusting teachers to do their jobs and not acting as if they must punch the clock. I don't disagree, but the "punch the clock" model has two real sources: 1) districts that don't trust their teachers and demand time-card style "accountability," and 2) districts that can't be trusted to stop demanding "one more hour" of teacher time until teachers are working 100-hour work weeks. In both cases, it's not the union that is the source of the model. Tillotson's right-- a charter run on a more professional model could stop both of those issues. My question-- is there really any reason to believe that charters are more likely to embrace such a model than a public school?

Tillotson also suggests that since failure = death for a charter school (if only-- but let's skip that argument for now) the union is more invested in success for the whole school and not just protecting teacher rights. Protecting the school = protecting teacher jobs. That's an interesting and valid-ish point-- unless we're talking about a charter where survival = making enough profit or ROI for owner/investors of the business. Then it all becomes a little more complicated.

Tillotson suggests that the biggest benefit is an end to expensive time-wasting ugly charter-union wars, and he paints these as wars between equally-culpable combatants who battle on while parents and staff don't really care about this. He invokes the "putting adult concerns ahead of students" trope, which is an unfortunate choice since it's most commonly used to mean "teachers should strop arguing about their rights and let charter advocates do what they know is best" and gets us right back to "teachers working conditions are student learning conditions."

Too much blood is spilt and too much effort is wasted in the charter-union wars and it’s stupid. We’re basically arguing over the same kids, the same staff, and the same goals. We’re all just advocates coming from a different camp.

While I agree with the "wasted effort" portion of this statement, I'm not on board with the old "we're all in it for the kids" part. One of my problems with the modern charter movement is that many operators are clearly not in it for the kids at all; some are there for the money, and some because they believe it is their right and privilege to remake education as they see fit. And many who sincerely believe they are in it for the kids also believe that they, and they alone, know what's best for the kids-- and many of these folks are simply wrong. In other words, I doubt the good intentions of some charteristas, and for those who have good intentions--well, good intentions are not enough, particularly if you depend on expertise you don't actually have while excluding the expertise of people who actually know what they're talking about. So I think it's a bit more complicated than "we all just want the same thing, but disagree on methods."

There is much in Tillotson's piece that is on point--

Neither unionized schools nor non-unionized charters have a monopoly on serving families or treating staff well.

And I welcome reformster's new-found interest in making friends with teachers and their unions. But it's going to be hard to move forward if we can't be honest about where we are and how we got there.

Ed Post chief Peter Cunningham has been hard at work on this conversation, and has (so far) four responses to Tillotson's piece. Ed Post was established as a sort of war room PR operation, so if Cunnigham is doing all this (plus his piece with Shavar Jeffries of DFER), somebody has made some strategic decisions about this business, and that's worth some attention.

In the interests of space, I'm going to cover those four responses in another post to follow shortly.