Should We Tear The Paper Ceiling?

Upon his installation as Pennsylvania governor, Josh Shapiro's first move was an executive order that ended degree requirements for 92% of the state workforce. Effective immediately, about 65,000 jobs don't require a college degree.
If that strikes you as a big step, let me introduce you to the Tear The Paper Ceiling campaign.
It comes courtesy of the folks from Oppotunity@Work.  The outfit was founded by Byron Auguste and Karan Chopra, and a look at their careers tells us plenty about what kind of operation this is. 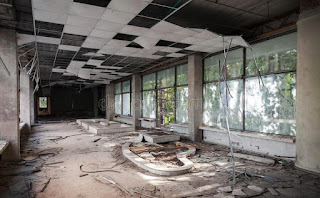 Chopra was born in India and grew up in Ghana. In 2014 he made the Forbes 30 under 30 list. He was a software developer at Siemens for a year, and went on to found WAVE (social venture tackling youth unemployment in Nigeria), GADCO (an agri-food biz in sub-Saharan Africa), advises X (a "moonshot factory"), was an advisor for Entangled Group (focused on economic mobility and the future of work), advises the SkillUp Coalition, and currently heads up Cervest (a climate intelligence platform). And back in the day, he spent three years as a consultant with McKinsey.
That may be where he met Auguste, who spent twenty years as a senior partner at McKinsey, before going on to be a deputy director of the National Economic Council under Obama. I'm not going to get into why massive consulting firm McKinsey is a big flapping red flag, but you can read about it here, here, here, here, here, and here.
So they founded O@W in 2015 "in part to support and grow TechHire, a White House initiative launched by our co-founder Byron Auguste to connect overlooked communities with technology job openings. We were originally “incubated” as a “civic enterprise” within New America, a think tank dedicated to bringing new ideas and voices into America’s public discourse." One more neoliberal thingy.
Then in 2017 they turned into a 501(c)(3) with two goals. First, to look for "tech-enabled solutions" to fix the opportunity gap, and second, "rally public, private and nonprofit partners to rewire the labor market." Their stated mission is now just that second one. As such, they tout the STAR worker-- Skilled Through Alternative Routes. And that has brought us to Tear The Paper Ceiling.
TTPC was launched by O@W in October of 2022, with a big fat list of partners. Co-hosts included LinkedIn and the Ad Council and O@W, and the list of 50 partner groups includes Cognizant, Education Design Lab, the Gates Foundation, Google, IBM, Walmart, and McKinsey.
The campaign is built around a PSA campaign, which is why some of you have been seeing ads for this thing.
The basic pitch is that there are 70 million STARs out there--people who would be swell hires if not for "the invisible barrier that comes at every turn for workers without a bachelor’s degree. See also: no alumni network, biased algorithms, degree screens, stereotypes, and misconceptions." See, it's just an unreasonable prejudice that makes people who have an opening for a physicist only consider people with a degree in physics. That damned paper ceiling. Or take this florid description of the problem:
Millions of workers with in-demand skills and experience, overlooked for higher-wage jobs because they don’t have a bachelor’s degree. Companies stuck on a talent treadmill, desperate to build a reliable pipeline of skilled workers. Two allies separated by an insidious and invisible barrier. Now the enemy has a name. The paper ceiling.
Oh, that insidious and invisible barrier put in place by... well, they never quite explain that one. Companies are encouraged to sign a pledge, and STARs are encouraged to sign up for a job placement service.
What to make of this? How is the College Board partnering with a push to tell folks they don't need college? Why is Walmart in on this when they're not exactly known for demanding that their underpaid meat widgets have college degrees?
Look, I'm quite certain that there are very valuable workers out there with non-college backgrounds, and I'm also certain that there are plenty of jobs for which a four-year degree is not truly necessary, and when the labor market was stuffed with fresh meat, companies ramped up job requirements just because they could. Who built the scary paper ceiling, if not the people who are doing the hiring in the first place? So encouragement to stop demanding that people be overqualified for jobs is not necessarily out of place.
Given the many corporate players involved, the cynical view of Tear The Paper Ceiling is that this is just one more attempt to enlarge the work force by lowering standards. We've seen plenty of states tearing up the paper ceiling for teaching by enacting various rule changes that allow anyone with a warm body to run classrooms. Some of these partners are here to pitch themselves as Just As Good As College (Google career certificates ought to be just fine for hiring).
The pitch here is also for "skills-based hiring," which is the employment side of competency based education and its cousin, "ledger"-style cradle-to-career pipeline stuff, where you collect a bunch of "I can do X" badges from wherever you will, and employers can sift through the meat widget database of blockchain-stored digital identities to order up whatever configuration of meat widget skill sets they desire. That seems like the better explanation for why Walmart is in on this.
It should go without saying that this approach to employment is for the Lessers, and that the Betters will still send their kids to college. Bill Gates did not tell his children, "Just go out there and get some life experience and find whatever job you can by dint of your life skills." But for corporate leaders looking for cheaper and easier ways to fill jobs (and doing it comfortably from far above any ceilings), this could be great. I'll bet you anything that somewhere not far above that torn-up paper ceiling, you'll find other ceilings made of much tougher stuff.
And while nobody at Tear The Paper Ceiling is talking about redesigning education to fit this twisty dream, it looks to be very much a part of how a cradle-to-career pipeline for worker bees would operate, and that has implications for how K-12 would work (at least for some people).

Posted by Peter Greene at Thursday, January 19, 2023
Email ThisBlogThis!Share to TwitterShare to FacebookShare to Pinterest