What George Will Missed About That Charter Case

Apparently it's a thing to try to create enough public noise that you might get the Supreme Court to take on your case, so Baker Mitchell has been all over the conservative mediasphere this week bemoaning a Fourth Circuit court decision from last summer that he and his friends are hoping the Supremes will shortly make a decision to hear. 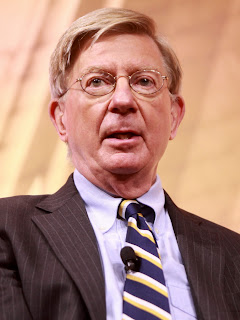