You will recall that one of the defenses of Florida's Don't Say Gay law was that it was only for students in kindergarten through third grade, and surely nobody needed to talk to primary grade students about all that dreadful gender and sex stuff.
Well, Moms for Liberty has some thoughts about that. As reported by Florida Phoenix:
“We are advocating to increase that as far as ages and grades to have it be K-8,” said Angela Dubach, the Pinellas County chapter chair of the organization, speaking to the members of the Pinellas County legislative delegation as they met as a group on Wednesday morning at the Clearwater branch campus of St. Petersburg College. 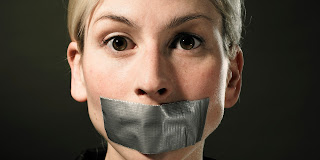 Brandon Wolf, press secretary for Equality Florida had some thoughts:
“At every step of the way, right-wing extremists have gaslit the community about its insatiable desire for censorship and erasure of LGBTQ people,” he told the Phoenix in an email.

“They insisted that the Don’t Say LGBTQ law would be narrow in scope and limited to K-3, despite knowing that the law’s impacts would be far broader and more sweeping. Already, we’ve seen books with LGBTQ characters banned, ‘Safe Space’ stickers peeled from classroom windows, the contributions of LGBTQ people in history censored, and LGBTQ History Month itself rejected in districts across Florida.”
Dubach also asked for an extension of the ban on masks and vaccine mandates, and said, “Myself and our organization supports partisan school board elections.” She also reported that she has spoken to teachers about the $140 million allocation for mental health, and they don't "anything to do with mental health." They just want to educate the children. Student mental health "is up to the parents, their doctors, and all of that stuff is at home."
I'm sure if they get these requests, they'll be perfectly happy and that will be the end of it.
Posted by Peter Greene at Thursday, January 12, 2023
Email ThisBlogThis!Share to TwitterShare to FacebookShare to Pinterest