AZ: When Christians Stand Up To Anti-LGBTQ School Leaders

We can unpack several items from this story. One is the fallacious idea that there is such a thing as a Christian school. Another is just what certain christianists think about LGBTQ persons. All plus a side of considering what happens when "religious discrimination" charges start to fly around. Also, tenure.
How it started
Adam McDorman is an English teacher in the Phoenix area. He has run a Youtube channel focusing on classic vinyl for 11 years. He's a Christian, so taking a teaching job at Valley Christian High School ("Our mission is to equip students to be culture changers for Christ...) may well have seemed like a great move. He headed up the yearbook, managed pandemic online/hybrid teaching, and spent seven and a half years teaching all manner of English and communications courses, including AP.
How it's going
In November of 2021, VCHS fired McDorman. Now he's suing the school for discriminating against his religious beliefs. Specifically, the part of his Christian faith that includes "acceptance for all LGBT persons." 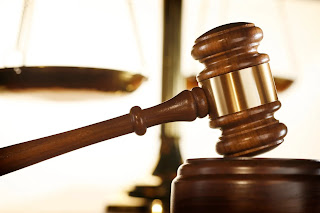 Okay. What's the story here?
Neither side is talking to the press, but here's the story as laid out in the lawsuit itself.
In fall of 2021, student "Jane Doe" posted on social media that they identified as pansexual. VCS principal Josh LeSage  (just starting his second year in the post) held a November 1st staff meeting at which he underlined that all staff should share the same belief in the sinfulness of LGBT orientation, and that "anyone who did not agree was like a cancer that needed to be removed" from the organization.
On November 3rd in a department meeting, McDorman suggested finding better ways to care for VCS's LGBT students and to protect them from discrimination. Later that day, LeSage emailed VCS leadership and included gems like "There is a hideous lie that 'you can be both,' meaning homosexual or otherwise sexually deviant and also a Christian." He also noted that a staff member had, in a meeting, suggested getting a pastor from a gay-friendly church to come talk to staff to help understand how to better minister to those kids. Wrote LeSage, "Hell no! We are not doing that."
On November 8th, LeSage indicated that planned to meet with Jane Doe to discuss their sexual orientation without parental knowledge or consent. McDorman met with LeSage "for several hours" to try to convince him to be more accepting of the LGBT population. LeSage "was hostile to McDorman's religious view of Christian tolerance and acceptance of LGBT students."
On November 9th, McDorman was fired.
Yikes! Just how hostile to LGBTQ persons is this Christian school?
School policy is clear enough.
under the "Foundational Positions" section of its website, VCS writes, among other things, that "rejection of one’s biological gender is a rejection of the image of God within that person" and "any form of sexual immorality … is sinful and offensive to God" and could result in a student's expulsion.
But if you really want a sense of the shape of the attitudes at play--well, also on November 9th LeSage and the VCS High School Coordinator of Student Health and Wellness Chizzy Anderson went ahead and held that parentless meeting with Jane Doe, and, according to the lawsuit, recorded meeting. This part is a little lengthy, but most of the limited coverage of the suit has skipped over it and if you often wonder "What are these people thinking," well, here's part of an answer.
Anderson (whose degree is in communications) offered an explanation of where trans people come from:
Transgender people actually have a mutation in their brain where like, if someone's a woman, they're the same way that when you were in your mother's womb, you were given only XX chromosomes until something equivalent of a mutation, it's not considered a mutation anymore. But there's an assignment where you like, you get the Y chromosome that makes you a man. So transgender people have that mutation and their brains were like, oh, like, if I was born as a woman, I could have a mutation in my brain where my brain starts producing Y chromosomes, because I still have that capability. They're not crazy. It's a biological thing.
LaSage offered some wisdom of his own, including:
Now, let me tell you, the homosexual community is shying away from the fact that most homosexual men did suffer sexual abuse as an adolescent. And there is solid scientific research outside of Bible circles, that shows your first sexual experience has a strong determining factor in what your sexual preferences are. So again, sin coming into the world, a boy is abused by a man, something happens in his brain that shifts and makes his preference cannot always, but can, give him a preference for men sexually. But acting that out is still sinful and God doesn't give people a mulligan,

Same-sex relations are an abomination to God. And whenever you confuse whether I'm a man or a woman, and so and God is dealing with sex, and so far, this gentleman who's pretending to be a woman, and now if he has sex with a man, he cannot stand before God and say I am not committing a homosexual act, because I am a woman, when God made him a man. And that's the danger, theologically of what happens because if I can decide to be a woman today, and a man tomorrow, and when it's convenient for my lifestyle, I conflate gender and sexuality,

God very clearly defines sexual relationships that he approves of. And it's a man and woman inside marriage, and any sexual relationship outside of that is sexual deviancy. It's a perversion. It's missing the mark for God's plan …

I believe God can take away the desire you have for women, just like he took away my grandmother's desire for cigarettes. But you have to want that. I also believe you could pray every day until you die like my grandfather, and say, God, please take this desire away from me. And he may not do it, because he's God.
There's more, but you get the idea.
What is McDorman looking for here?
In February of 2022, McDorman filed a charge of Title VII employment discrimination--that's the one that forbids discrimination on the basis of race, color, religion, sex, sexual orientation, gender identity, or national origin. In September of 2022, the Equal Employment Opportunity Commission ruled that they wouldn't investigate further or rule on the issue themselves, but he was free to go ahead and sue. So he has. in the US District Court for the District of Arizona.
He's looking for compensatory and punitive damages, plus back pay and lost benefits. McDorman currently has a job in the public school system.
Any bigger issues here?
While private religious schools can be free to discriminate as they wish (and we are talking about Arizona here), the suit points out that VCS grabbed itself over $1 million in Paycheck Protection "loans' (since forgiven). So yes--if any of the above bothered you, remember that your tax dollars are helping finance it. VCS is also a tax-exempt operation. The suit argues that this puts the school within the grasp of federal law. We'll see.
What else have we learned?
When we talk about "Christian schools" or "Christian values" or the "Christian church," we're talking nonsense, because if there's anything that marks the history of Christianity, it's the endless internal arguments about doctrine and faith and pretty much everything.
It's a go-to move to respond to calls for public funding of private religious schools by saying, "Bet they would object if it were a Muslim school," but it's not necessary to reach that far. Southern Baptists used to call the Catholic Pope the Whore of Babylon. The puritans of Massachusetts punished, banished and occasionally executed those who proselytized for the wrong version of Christianity.
The courts have lately insisted that people's free exercise of religion can't be messed with. But people's ideas of religious expression bump up against each other all the time. The inevitable result of government funding for religious schools will be government refereeing of infinite religious squabbles, and nobody will be pleased.
It's also worth noting that Adam McDorman made some ballsy moves by actually standing up for the LGBT students, since he had zero job protections. If you want teachers to be able to stand up for the rights of students, you have to insure they can't be fired just for disagreeing with the boss. I'm also thinking that Arizona's stance on the parental right to direct your child's education might have been trampled here, but then, we've always understood that only certain parents were entitled to that right.
The wheels of justice grind slow, but they grind fine. We'll see what this particular set of wheels grinds up.

Posted by Peter Greene at Tuesday, January 03, 2023
Email ThisBlogThis!Share to TwitterShare to FacebookShare to Pinterest