At Fox News, choicers Jason Bedrick and Matthew Lardner appear under the headline, "Why rural students need school choice." What follows is an article that doesn't really answer that question. But then, that's not the real point here. Let's look at what the article says first, and then talk about why it (and other articles like it) exist. 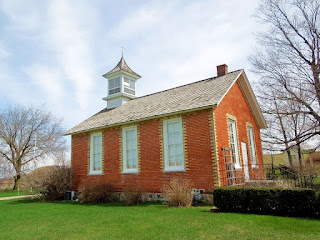 Bedrick and Ladner open with the story of a parent who finds that her child's school is terrible, but thank goodness she's in Arizona where super-vouchers are available. (There will be no discussion of what role Arizona's aggressive work at privatizing education and defunding its public system might have in all this.)
Then we get the narrative that pandemic distance learning causing parents "a rude awakening about the quality of their children's education." And here's a poll result (without links) that folks all like education savings accounts "that would empower families with greater education choice." (Meanwhile, Betsy DeVos had to give up her attempt to get the grass roots to rise up and demand vouchers in Michigan, marking yet another time that vouchers have failed to get support from actual voters.)
But, they observe, you know who doesn't like vouchers? Those "teachers' unions and their allies" who are "doing everything in their power to block families from accessing alternatives to the school district system."
The claim, which Bedrick and Ladner are here to refute, are that choice doesn't benefit rural communities and that choice harms rural districts. They quote the Texas Association of Schol Boards (an unlikely ally of the teachers union) and the Oklahoma former Superintendent of Public Instruction.
Those two choices are not random or accidental. Texas and Oklahoma are two states where heavily pro-choice governors Greg Abbott and Kevin Stitt have been stymied by representatives from rural areas of the state who point out that A) their constituents lose a lot of education money but get nothing in return and B) rural schools are deeply tied to their communities and don't take kindly to these sorts of shenanigans.
That's what this wave of "rural communities need/want school choice" is about--trying to shout down those legislators (some of them Republican) who refuse to get with the program, to push them into the pro-choice.
But Bedrick (Heritage Foundation/CATO guy from New Hampshire) and Ladner (Arizona Charter School Association) don't have much of an argument to make.
Availability is an odd hill for either side to battle on. Bedrick and Ladner point out that in Arizona, four out of every five students live in the same zip code as at least one charter school. If one side is arguing that there aren't many rural options and the other side replies, "Well, there might be at least one..." then we're just quibbling over "many."
Bedrick and Ladner also bring up micro-schools, "a modern reimagining of the one-room schoolhouse" which A) is a generous description of micro-schooling and B) is an option that virtually nobody is trying to pursue for their own children. Micro-schools are just computer-delivered lessons, a small group of students set in front of screens with an adult of some sort in the room just in case some adulty thing is needed. Nobody who has the ability to choose anything else is choosing micro-schooling, but "Let them eat micro-schools" has become the new choicer reply to "But that voucher isn't enough money to get diddly or squat for a child's education."
And then they toss in "high-quality virtual schools." I live in Pennsylvania, one of the havens of "high-quality virtual schools" (because our funding system makes running a cyber school better than printing money). And they are all lousy. Not one of them gets test scores that beat the state averages (if that's a measure you care about). Even folks who love charters have argued, loudly, that cyber-charters are a mess.
Bedrick and Ladner then turn their attention to the fear that choice would damage rural public schools by noting that Arizona ranks high for "education freedom and choice" as determined by advocates who push choice. What does that have to do with the point? They are claiming that with so much choice, if choice were going to hurt rural schools, then "Arizona's rural schools would be falling apart." I suppose one sign of such trouble might be students who feel they have to leave their rural school to get an education, but we could also talk to folks like the head of the Arizona Rural Schools Association Don German who back in 2017 had this to say:
German said legislators, particularly those from rural areas, need to focus more on policy that will help students in rural schools, and stand up against those that are inequitable and disproportionately favor districts in metropolitan areas.

“Local rural legislators are buckling to the pressure put on them by the governor and urban and suburban legislators and end up voting against what is best for rural education,” he said.

“ESAs are not beneficial to rural Arizona because there is no other choice for most students than their local public school, so funding to make it the best possible place for an education should be a priority,” said German. “Results-based funding only works in a totally even playing field for all students and rural students are already starting behind.”
In fact, the disruption, defunding and dismantling of Arizona's rural schools may well connect to a general hollowing out of Arizona's rural places. When your rural school loses financial support (that is too hard to replace with local taxes), that becomes one more reason not to stay in your rural community, which decreases school enrollment, which reduces funding, and rinse and repeat until death spiral fully engaged.
Bedrick and Ladner point to how much rural Arizona NAEP scores have improved, but improvement is easy if you start in the basement. And they repeat an old choicer non-sequitur plus an insult:
Far from being a "rural school killer," education choice policies like ESAs expand educational opportunity for rural families while spurring rural district schools to improve their performance.
Of course, "expanded opportunity" can go hand in hand with killing rural schools. And the insult is the notion, long beloved by reformsters, that teachers in public schools are just sitting on the secrets of learning until they are properly motivated.
Nor does anything in this piece address the research that continues to show that vouchers have a detrimental effect on student learning (see here, here, and here).
That is a critical omission, because this article set out to tell us why rural students need vouchers. It did not do that. It argued that some critiques of voucher are wrong. It made some assertions that assumed a premise of choice--any choice, even if the choices are few and lousy--is a Good Thing. But Bedrick and Ladner did not, for instance, say "Here are some unique needs of rural students, and here is how school choice is uniquely positioned to meet those needs."
The conservative choicer position is that of all the student needs--  safety, support, health, various forms and content of learning-- the primary need is for choice, and that's the need they're really (maybe only) interested in having met. They're entitled to take that stance, but it behooves the rest of us to focus instead on the other needs.
That's my kindest read. My most cynical read is that conservative choicers are simply one wing of the Destroy All Government So That Wealthy Elites Don't Have To Spend Money On Those People crowd.
Either way, the point of articles like this is to get rural folks and their representatives out of the way of choicer policy. The closing paragraphs starts with "By embracing education choice policies, state lawmakers can deliver on the promise..." which signals the real audience of a piece like this--legislators.

Posted by Peter Greene at Tuesday, January 10, 2023
Email ThisBlogThis!Share to TwitterShare to FacebookShare to Pinterest