If you thought that we'd moved away from the creepy idea of a cradle to career pipeline in which young humans are unwilling victims of steady state surveillance, then California has some bad news for you.
California enacted the Cradle-To-Career Data Systems Act in 2019. The stated public argument was, as has always been the case with data mining schools and students, something along the lines of "Only by collecting all this data about students can we figure out how to get the aid and supports out to the people who really need it." Or as their vision statement puts it, "The Cradle-to-Career System seeks to foster evidence-based decision-making to help Californians build more equitable futures and empower individuals to reach their full potential." 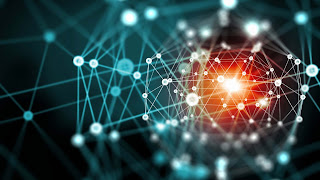 Sure. The cradle-to-career data pipeline has been kicked around since at least thirty years ago, when Marc Tucker  wrote the infamous "Dear Hillary" letter that laid out a federal-heavy system for tracking every child in this country data point by data point.
The lion's share of the work on California's system appears to have been done by WestEd, a consulting firm grown out of the old federal regional education laboratory system.
California's version of the pipeline has been praised by the usual assortment of data fans, like the Data Quality Campaign, which thinks California's is a model program that everyone should be following. That's not a good sign.
The Data Quality Campaign has been around a long time in ed reform terms. DQC was put together in 2005 with ten partners:

Achieve, Inc. (www.achieve.org)
Alliance for Excellent Education (www.all4ed.org)
Council of Chief State School Officers (www.ccsso.org)
The Education Trust (www.edtrust.org)
National Center for Educational Accountability (www.nc4ea.org or www.just4kids.org)
National Center for Higher Education Management Systems (www.nchems.org)
National Governors Association Center for Best Practices (www.nga.org/center)
Schools Interoperability Framework Association (www.sifinfo.org)
Standard & Poor's School Evaluation Services (www.schoolmatters.com)
State Higher Education Executive Officers (www.sheeo.org)
The scope of California's data collection is staggering. Pre-K enrollment. The L-12 tab includes almost fifty data points (including lots of tests scores). Detailed post-secondary data. Workforce training. Financial aid. Social service "experiences." Employment "variables" including salary information. A batch of personal characteristics data. Data about teacher credentials and the schools the person attended. All of this is supposedly "depersonalized" and kept in a super-secure lockbox.
Who is all this supposed to be for? The system's site says there are three target groups. Students and families will have tools to make it easier to get through the go-to-college process. Unlikely. Educators will be able to monitor student prepping for college and "develop action plans based on data about learning, supportive services and employment." Also unlikely. There's nothing here that will be useful--certainly not more useful just because it's thrown into a hopper with a bunch of other data.
Third come "advocates and researchers" who will get to analyze a bunch of data to "shape policy." That is the only one of the three that sounds likely. Though the cynic in me bets that the process won't be so much "shape policy" as "sift through data top manufacture support for the policy I've already decided I want to push."
Of course, the really ambitious dreamers in the conception-to-internment game want to see a bigger picture, a world in which young humans are so well described in a data profile (probably kept on the blockchain) that an employer can just order up meat widgets to exact specifications. That was probably one of the driving forces behind Common Core Standards, which could be understood as data tags for assessing, tracking and recording the exact competencies of students. The kind of deep data collecting that a womb-to-tomb pipeline would yield could also be harnessed for social impact bonds, a creepy was to monetize the struggles of human beings.
Worshippers in the Cult of Data believe that if they just know everything, they can control everything. Neither side of that equation, neither the knowing nor the controlling, is an admirable or worthy goal. Not just because both are unattainable, but because the attempts to attain them are dehumanizing and destructive.
California's framework for universal underage surveillance is just getting launched, and you can bet that its backers will have additional great ideas ("Hey, we could give everyone social and emotional tests and then record those in there, too"). There's also a non-zero chance that the assembled data will be used for a variety of unintended purposes, either to generate revenue or because someone fails at keeping it safe. And just wait till someone decides that they might as well imitate Florida's Big Brother Safety Surveillance System, because data-base future crime prevention is awesome.
The risks are large, the violation is unconscionable, and the benefits are imaginary. Please, God, let it not catch on in every other state.
Posted by Peter Greene at Saturday, January 07, 2023
Email ThisBlogThis!Share to TwitterShare to FacebookShare to Pinterest