The Koch Network is getting with the times and launching an edu-reform substack. Yay.

The substack is co-hosted by Lisa Snell, director of K-12 education policy for Stand Together, aka the Charles Koch Institute. Previously she spent 23 years as Director of Education at the Reason Foundation. Her co-host is Adam Peshek, who is part of the same Kochtopus, having arrived Jeb Bush's ExcelinEd (formerly FEE). Peshek also works at Yes, Every Kid, a rebranding of some standard reform ideas.

Their new platform is called "Learning Everywhere," and so far, they're playing all the hits. "Time to scrap the factory approach to education" is the first... issue? ...post? What are we going to call these substack things?  The subheading is "Individualization, not standardization, empowers learners to thrive," which kind of captures one of the odd whiplashes in the reform movement; I'm betting that while he was at ExcelinEd, Peshek spent a lot of time advocating for the Common Core standards, the one-size-fits-all standardization that Jeb Bush backed right into a conservative buzzsaw. But standardization is no longer where it's at. 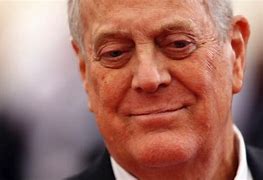 The piece starts out with an unintentionally apt story about the Air Force's discovery of the problem with averages. In the early 1950s, the Air Force was having problems with pilots who had trouble flying--turns out that a cockpit built to "average" specs doesn't actually fit anyone, so they changed their approach to cockpit seat design (you can thank this development for the adjustable seat in your car).

This is meant to be a story about how individualization is the key to everything, and I think it works, but I want to point out that while the Air Force redesigned the seating in the cockpit, they did not redesign how the controls worked, or any aspect of the actual plane. They didn't give every pilot the chance to "shop" for a plane design that they liked, nor did they develop an array of planes designed and built by people who had no actual background or training in aviation or manufacturing. They made it possible to make a few small but useful adjustments. That's it.

But the writers are ready to move on to another reform trope. The education system is "by and large, out of date and fits only an imagined 'average child."" This will come as news to all the teachers who spend hours differentiating instruction, or the schools that provide various special services in keeping with IDEA. But the writers stick with the notion that schools are a "mass-produced, one-size-fits-all approach" that somehow "matched the needs and mindsets needed to succeed in what was mostly a factory-based economy." There's a lot of bad ahistorical argument going on here, and it's used to set up this sentence:

We live in a time when technology and circumstance require participants in an economy to be nimbler, and we have learned that individualized approaches tailored to personalized needs and interests are far more effective than a standardized model.
There is just so much unsupported assertion here. Which circumstances? What do you mean by "nimbler"? Where did we "learn" about relative merits of approaches, and what "standardized model" are you talking about? More effective how? And what's the evidence for any of this?
The writers also trot out the old "schools haven't changed," and reassert that the "modern, global economy" requires skills that "the original K-12 education system was not designed to foster." What skills are we talking about--the skill of working for less than a laborer in China or India?  "We have not adapted our approach with the times," they cry, and again, I am wondering what specifics are involved here, but that's saved for later in the piece. They do make one clear and concise statement:
Children are not factory-made products, why should we treat them as such?
That's true. Heck, I remember arguing that exact point back when I was opposing Common Core. So my question is, who says that children are factory-made products, and who is treating them as such? Actually, I know the answer to the first question-- "students are product manufactured for our consumption" has been a popular argument from business leaders and reformers. I've never heard it from an actual educator.
So next we get a history lesson, arguing again that the "factory model" was an actual thing. Did you know the description of schools as a factory model only dates back to 1972? You should read this wikipedia article currently bearing mostly the work of education historian Jennifer Binis. After bringing out the old "100 year old model" trope, the writers cite Diane Tavenner, the creator of the Summit school-in-a-box model (with a little juice from Mark Zuckerberg). There are plenty of reasons not to be impressed by Summit (read the NEPC report "Big Claims, Little Evidence, Lots of Money"). But the writers are citing her as an expert on what "kids need for a fulfilled life."
Tavenner is going to help them assert that complex problem solving, critical thinking, creativity, people management, emotional intelligence--these are the new skills that employers want (actually, they are the ones that employers say they want, not necessarily the ones they act like they want, but that's a discussion for another day). Boil them down to "innovative thinking, independence, initiative." "These," says Tavenner, "were not coveted skills in our grandparents' time." Really? Horatio Alger, a couple of century's worth of Puritanical exhortations, and my actual grandparents beg to differ.
But there's a huge disconnect in this argument, caught in the last paragraph before the sales pitch starts:
Of course, we’d be foolish to spend our time merely trying to align education to the needs of employers. Education should be about learning for life and – perhaps ideally – getting the foundation, skills, and values to be your own boss (if you want). But the misalignment between employer needs and what our system is focused on producing is worth highlighting.
IOW, we shouldn't let employers drive the education bus, because everyone should be getting the skills to do their own thing and be their own boss, except that employers should totally drive the education bus. Also, let's assume that the whole purpose of education is vocational training.
The solution is, of course, getting rid of public education.
Okay, I'm paraphrasing a lot. They retell the end of the Air Force story, making sure to paint airplane designers as resistant entrenched interests and work their way back to this:
If we want children to soar, let’s not strap them in one-size-fits-all cockpits. Let’s give them better than the current system built on averages and provide for them, instead, models that allow them to discover, develop, and deploy their individual talents.
Except, again, the pilots all fly the regular standardized plane. Except how, exactly, is the current school system "built on averages"?
Look, "learn everywhere" is a popular slogan with those who want to blast the education system into particles, to have students earn credits here, there and everywhere, perhaps using education savings accounts to pay various edu-vendors. If you listen to folks like Charles Siler, former right-wing advocacy guy, you'll get the impression that this particlization is about getting rid of collectives--not just unions, but parents and students and taxpayers as well, so that they can never form into groups large enough to bother the Charles Kochs of the world. Or maybe it's about the idea of shrinking one more part of the government--public education--so that it's small enough to drown in a bathtub. Or maybe it's about not having to pay taxes to educate Those People's Children--here's a voucher and an opportunity to go shop for your own education products so don't bother us again. You're on your own.
Maybe it's about a sincere belief that everything this substack says is true. The problem I have with that theory is that so much of it is demonstrably not true that it's hard to believe that anyone doing his or her homework would not see they had some research to do yet. And while it may be unfair of me, given the background of the writers, I don't anticipate this substack being about how to help public schools better develop individualization.
Learn Everywhere may not just be another arm of the privatization kochtopus, but I have giant factory-sized doubts. We'll see what unfolds in the posts ahead.
Posted by Peter Greene at Friday, May 14, 2021
Email ThisBlogThis!Share to TwitterShare to FacebookShare to Pinterest