HB 70 is an Ohio law that strips a school district and its elected school board of all their power and hands it, via an academic distress board, to one person-- a super-powered CEO. The law was rammed through the legislature in less than 12 hours under the direction of then-Governor Kasich, and so far it has been used to take over Youngstown, Lorain, and East Cleveland schools (three districts that are, coincidentally, neither very wealthy or very white). 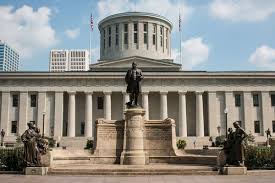 I've been following the story in Lorain (site of my first teaching job), where things have gone poorly. The CEO job created by HB 70 is undoable-- the CEO must be expert in all aspects of running a school district, he must bring that expertise to bear in fixing the specific problems in a troubled school district, and he must do so against the backdrop of a district that has been disenfranchised in all ways.  It's hard to imagine the person who could handle that challenge, but it's also hard to imagine someone who could do a worse job of meeting that challenge than Lorain's state-imposed CEO, David Hardy, Jr., a TFA product with a striking lack of people skills who has tried to apply charter management methods to an entire district.

Taxpayers have been fighting back against HB 70 with everywhere from the courts to the legislature. This week they took their fight to the state board of education, and the state board (despite the resistance of the state superintendent) heard them loud and clear.

The state board unanimously passed a simple resolution:

The State Board of Education does not support House Bill 70 of the 131st General Assembly.

This resolution came after hours of testimony from Lorain, East Cleveland and Youngstown. Testimony included:

From Henry Patterson, Lorain native and member of the first ADC: The economic and educational realities on the ground in Lorain did not occur overnight, and reversing the problems will require time.  The original pre-HB 70 academic distress commission was making progress, working hard, keeping a close eye on things, and enjoying a cooperative relationship with Lorain locals and the state education department. And they knew better than to ignore the community. The city schools need help but "This current disengaged top-down non-accountable model does not work."

The current board president offered a new plan, and observed that they are currently seeing no progress, but a lot of money is being spent, and if the state doesn't help get this under control, the city schools will be stuck with an even bigger mess than they started with.

A parent. Concern about how the law was passed, CEO was selected. Changes were extreme and haphazard, misinformation-- "I don't want to call anybody a liar, but there were things put out there that were untrue." We could leave district, but that would help only my children. Who will advocate for the other children. Privatization instead of help.

VP of school board. We tried to embrace HB 70-- and it didn't help. Help us hold the department accountable. We are paying the price for this experiment. This has to get fixed. Children are at risk.

Head of teachers' union, Jay Pickering. We would have 200-300 teachers plus many students here if school were not in session. We are experiencing a toxic work environment-- intimidation, threats, retaliation by administration on teachers. Lot of violence in the buildings. Restorative justice put in place but nobody was trained. Kids are concerned. Seniors have heard so many derogatory comments by CEO. CEO was a no show for academic awards dinner.

A parent. Unqualified administrators-- half have temporary certificates. Special area teachers are being given Title I duties. Pleads with Superintendent DeMario to come to Lorain (he hasn't been). She breaks into tears.

A parent. Toxic atmosphere. Building administration keeps dropping the ball; he hired inexperienced people. Perhaps because CEO doesn't like to be questioned. We are not putting on a show (as CEO suggests)-- this is our reality, and we will live with the effects long after he's gone.

A parent. New ADC engaged at first and stopped. Other state-appointed ADC members will not engage with community.

Teacher and member of ADC. High school student attendance is 50% of teacher evaluation. I asked ahead of time if admins would be qualified; he said yes, and not so. Lack of communication. CEO won't work with board. He has a really big list. Time to end this "carnage and unmitigated disaster."

The issue of Standards Based Grading was also brought up-- implemented well into year, with little training and a directive to throw out a month's worth of prior grades.

All of this led to the board resolution.

Meanwhile, HB 154, which was intended to both dissolve current ADCs and repeal HB 70, won strong approval in the house and has become part of the budget language (HB 166) which is good news-- but it must still get past the Senate, where opponents will try to head this off.

Watch in particular for Senator Peggy Lehner. Lehner heads the Senate education committee, and while she's been forced to admit the inherent problems with the bill, she has not been friendly to efforts to roll back HB 70. HB 70 has as its endgame the privatization by charter takeover of the affected districts, and Lehner has been nationally lauded by charter organizations. Here's one item that Cleveland.com turned up in her financial disclosure paperwork:

Lehner reported $9,945.70 in travel reimbursements. The Ohio Senate reimbursed her $3,812.64 for mileage. Excellence in Education in Action, the dark money wing of the school choice lobbying group founded by Jeb Bush, reimbursed her $1,204.32 (the financial disclosure form does not say where Lehner went, but she was reimbursed for expenses on Dec. 1, the closing day of the group’s national summit in Nashville, Tennessee).

Lehner also spends a lot of time listening to Lisa Gray who-- well, she deserves an entire post of her own, but the short form is that she's the queen of corporate charter privatization advocacy in Ohio. Lehner appears to be a master of concern trolling ("Well, of course that's a problem, but let's not do anything rash"). If I were still an Ohioan, I would be contacting my senator and telling them I like the language about takeovers just the way the House sent it over.

HB 70 is on the ropes, but it's not done yet. Now is the time to give that extra push to get it out the door. Kudos to the people of Lorain who have been telling their story over and over and over again in hopes that it would make a difference-- because it has. That's a lesson for public school supporters in all states.