In my four decades of teaching, I went through a strike twice--once as a first year teacher, and once as the president of the local union. Writing about education, I have followed dozens more. No matter what kind of public support a strike is getting, there are always some familiar tunes you can expect to hear played in opposition to a teacher walkout. Here's your guide to all the classics.
Don't they understand the district can't afford their demands? 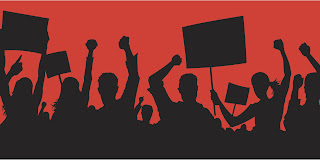