Amazon Wants To Read Your Heart

One of the frontiers in creepy computer intelligence is the pursuit of software that can read the details of your face, your breathing, your eyeballs, and out of those details, construct a computer-generated window into your very heart and soul.

Some of the attempts are laughable, like the NWEA feature that presumes to know how engaged and focused your students are based on wait time for answering questions on a computerized standardized test. Some are ambitious, like the project that claims the ability to "read" a whole batch of different emotions as displayed on human faces. 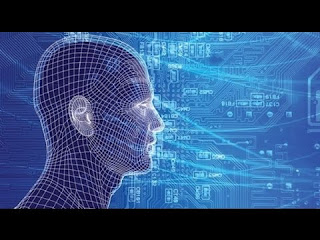 But this is one of those areas where it pays to look outside the education arena, because there are so many different applications for this sort of Big Brothery technocreeping. And when a major player like Amazon decides to join the biz, attention should be paid. Last week, Bloomberg served notice:

Amazon.com Inc. is developing a voice-activated wearable device that can recognize human emotions.

Bloomberg says it has seen internal memos, and that the wrist-worn gadget is a collaboration between various creepy divisions of Amazon that already work on the Fire phone, the Echo speaker, nd Alexa. The idea is that the device will be able to "discern the wearer's emotional state from the sound of his or her voice." In case, what-- in case you don't know how you feel. I don't mean to belittle that idea; lots of folks have trouble with the fundamental level of Emotional Intelligence, which is being able to identify your own feelings. Still, the picture of someone getting news and saying, "Alexa, how do I feel about that" is a little silly.

But of course the implications are much larger, because once the software has detected your emotion, that becomes storable, shareable information. Did this product make the wearer happy? Let's throw ads at her that sell similar items. And how would political candidates be able to buy information about exactly what pushes certain buttons for certain voters.

And since companies are already trying to sell products that measure students' reactions to classroom material, as well as promising to make such mind-reading skills part of the AI that directs personalized [sic] learning, it seems only a matter of time before the attempt is made to fold this is.

Of course, Alexa was supposed to take over the world, but that didn't happen. And voice recognition software remains an area where tech giants still can't quite deliver a reliable version of the product they've promised. And that's before a group of high sophomores set out to see if they can beat the system. Stay tuned.