Here's news of yet another miraculous charter school. Can we look closely and see what the secret of their success might be. 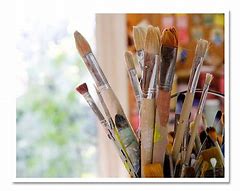 Southland College Prep School in Chicagoland had 100% of its mostly-Black graduating class accepted to college. It's the sixth straight year for this achievement, and it's been covered widely in the area. The school is the only charter high school in the state to earn an exemplary rating, and it seems devoid of the kind of nasty undertones of T.M. Landry Prep, another miracle school that turned out to be much less than a miracle.

So if Southland is one of the charters from which public schools can learn something, what can they learn.

Well, there's the usual attrition thing. The 116 graduating seniors started out as 163 freshmen. So between the self-selection process of application and the self-unselection process of leaving the school, Southland gets to have a culture of students and families who are committed to the educational goals.

There's the school day. Southland students are in school for nine hours.

There's the school size, which is small enough for a personal touch. The school serves 530 students, smaller than the small town/rural high school where I taught. However, Southland has a teacher-student ratio of 12-1 or 13-1 or 15-1, depending on who's telling you. Both administration and staff have been pretty stable.

And Southland "depends on philanthropic support" to keep its programs and extracurriculars going. And it has a Parent-Teacher organization with a goal of 100% parental participation (and a $10 membership fee).

Does the PR puff things up a bit? Sure. According to the Niche website, while Southland touts its many high-level college attenders, a large percentage are heading to Illinois State or U of IL at Urbana. And hey-- college is college. If you care about test scores, the school has 42% reading proficiency and 22% math.  And they've been at this long enough for there to be numbers on how many Southland graduates finish the colleges they were accepted to. According to the Illinois Report Card, 75% of the class of 2016 needed remedial courses at community college-- but on closer examination, that amounts to 12 out of the 16 students who went on to community college.

And while 100% of the grads have been accepted to college, the report card shows that in 2016, shows that 85% actually enrolled. Which is still not too shabby. And roughly half of the student body is free or reduced lunch. I couldn't find any numbers on students with special needs.

I am not here to slam Southland. If every charter looked like this, we'd be having a different charter conversation in this country. Is 100% college acceptance the goal for all schools to shoot for? Certainly not. But for an explicitly college prep high school, it makes a certain amount of sense.

But back to my main point-- is there something here that public schools can learn from? Let's check the list:

More hours in the school day.

Shaking loose any students who don't feel the school is for them.

Do you see anything there that folks working in public education don't already know? No, neither do I. There isn't a public school in the country that doesn't already know that it could thrive given these tools. To every politician and critic who points at a Southland and asks public schools, "Why can't you do that?" The answer is, "We could-- if you let us play by those rules. Of course, you'll have to think of something to do with all the students and families who decide that that level of intensity is not for them."

The secret formula for "miracle" schools (well, real ones and not the ones that are completely faking it) is the same as always-- committed students, committed families, extra time and money, lots of support and resources, high standards, and an open exit door for those who don't want to meet those standards. Basically, most of the things that public schools ask for when policy makers say, "Nah, we'd rather go open some charter schools instead."

This is one of the great sources of frustration and grievance when it comes to public schools versus charters. Public school advocates feel as if they're having a version of this conversation:

Public school: If you would let us have a good set of oil paints, we could create a great mural.

Policy guys: No, that's too expensive and messy and you just can't have them.

Public school: Fine. We'll try to make do with these old water colors. And-- hey, who took our brushes?!

Policy guys: Wow, that's an ugly painting. You should try to create something more beautiful like they did over at the Amazing Charter School. You could learn a thing or two from them.

Public school: Yeah, that's not bad. How'd they do that?

Policy guys: We got them a good set of oil paints. Also, we gave them your brushes.


Posted by Peter Greene at Thursday, May 16, 2019
Email ThisBlogThis!Share to TwitterShare to FacebookShare to Pinterest