If you have any doubts about the effect of Bernie Sander's education proposals, Jeanne Allen of the Center for Education Reform tossed off a somewhat apoplectic newsletter after Sanders went public. Here's some sample frothing:

Sanders’ comments - yelling about transparency (which of course exists) or regulation (which charters have plenty of!) and accountability (which is the very essence of charters) - are almost as bad as when Randi Weingarten, AFT Union’s leader, called charters the polite second cousin of segregation. 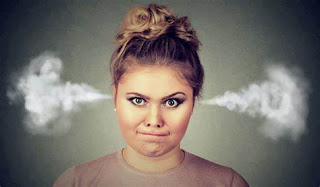 But transparency doesn't exist for charters, charters have far too little regulation, and consequently, many charters are completely unaccountable. For just one mild example, look at this recent piece about trying to attend charter board meetings in Detroit.

While they have a tough job, it is a fact that traditional public schools are failing to educate more than 60% of students well in math, reading, history, civics, you name it. We also know that a charter school in any neighborhood puts pressure on the standard public schools around it to do better.

It is not a fact. That 60% uneducated figure is 100% bullshit. Nor do we know any such thing about so-called charter "pressure."

It drives unions crazy that charters do so well and are allowed to operate outside of their control, so the teachers unions have launched an all-out war on charter schools. Now they are spreading disinformation that charter schools are hurting kids in regular public schools, or are dangerously siphoning off public funding, or are in other ways “failures” — when nothing could be further from the truth.

When Sanders’ friends at the unions can’t shut down charters outright, they are trying to unionize them to control and redirect them from within. This is the major threat to charter schools in Los Angeles, Chicago, Boston, and Washington, D.C. – and more are on their way.

Yup, those unions are a major threat. Teachers at charters might start thinking they have rights, or ought to be paid, or have a say in how their work is done.

* Raise your voice on Facebook, on Twitter and in your own social networks. Say it out loud - we expect our leaders and politicians to help all students succeed and embrace all kinds of schools. Parents are a child’s first teacher - they should be able to determine what kind of education works best.
* Write letters to the editor in your local paper. Get the facts on charters to share - at edreform.com we have information and links to data from all education opportunity focused groups.
* Your Congressman and Senators have to hear from you! Tell them you expect them to support all forms of education, that you will not tolerate these comments from Bernie Sanders or anyone else, and that your vote depends on their recognizing that charter schools work and are a critical part of education today and in the future.

These are three good pieces of advice. I suggest that supporters of public education do the same.