The Problem With Tax Credit Scholarships

The classic talking point for tax credit scholarships (yet another type of voucher) is that they don't actually take money away from public education. This is technically correct because the money never actually gets into the government's hands; instead of paying taxes, the contributor hands the money to their favorite charter or private school and gets credit for paying taxes.

So does that take money away from education? Of course. 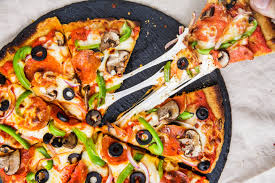 Let's imagine a neighborhood in North Egg with ten households. Out of those households, there are five children who spend every Saturday cleaning up the neighborhood. The families, many of whom include folks who work on Saturday, decide that the kids need something to eat for lunch, so the ten households create a Saturday Lunch Fund, and every family commits to chip in two bucks to the fund. Mrs. McSam handles the collecting of the money, and uses it to buy the workers a couple of pizza, some drinks, and a few extras to go with.

This system works for a while. Some Saturdays the pizza's not very good, and sometimes the dessert item is some pretty good ice cream and other times it's some kind of packaged processed junk. But for the most part, the basic needs of the workers are met.

Then one of the families says, "We actually take our nephew from a South Egg out to lunch every Saturday. Could you just count the money we spend on him toward our contribution for the Saturday Lunch Fund?"

Two other families say, "We don't actually have any kids. But we do buy organic kelp for our church youth group snacks on Sunday. Can we just count that toward our Saturday Lunch Fund contribution?"

Two other families say, "Pizza is so unhealthy. We are giving money to support an  all-vegan food truck that operates over in Southeast Egg. Please count that as our contribution to the Saturday Lunch Fund."

One of the parents says, "We're actually going to start taking Junior to TGI Fridays on Saturday during her break. Just count that toward our contribution. It's only fair. And of course any of the other parents who want to spend their two dollars for a meal for their kid at TGI Fridays can do so, too." (Spoiler alert: You can't get a two dollar meal at TGI Fridays).

Says another household, "We think breakfast is the most important meal of the day, so we'd like to buy a box of cereal and have that count for our contribution to the Saturday Lunch Fund. "

At this point, only three households are actually paying into the fund, which has a whopping six dollars available every Saturday to buy lunch for the kids. Nobody ever took a cent out of the fund, but now getting a decent lunch for the workers means either raising everyone's contribution, which will have limited usefulness as long as they can have their credits. The alternative is a to try to meet the workers' needs with a meager supply of cheap lunch supplies.

So when somebody (like, say, the Secretary of Education) tried to argue that this type of voucher doesn't take anything away from public education, understand that they are, at best, twisting the truth or, at worst, lying.