Over at the Fordham, Mike Petrilli has been slowly unspooling a series of posts looking at how reform goals might be pursued through means other than policy and politics. In his latest, he considers the leadership development approach to school reform.

Petrilli expresses mixed feelings about the argument. On the one hand, he recognizes that great leaders have value. On the other hand, he's not sure that leaders can make a difference in the vast dry dead desert of public schools, and wouldn't we all be better off just putting our energy into helping leaders grow in the lush gardens that are charter schools? 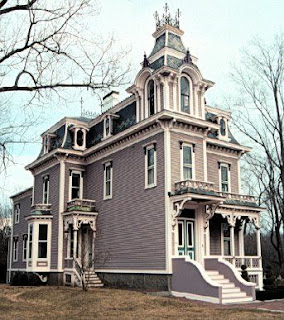 As always, Petrilli has part of a point. Superintendents and principals are fighting an uphill battle these days, though it's certainly worth noting that many of the obstacles were created by reformsters like Petrilli, hamstringing schools with the crappy Common Core State [sic] Standards and bad-test-based accountability. The last decade-plus of ed reform have sidled school leaders with truckloads of crap and foisted on them priorities like "get student test scores up or get fired." So yes-- there are "government" policies in place that subject principals to "the dysfunction of the larger system within which they must work, and the Gordian knot that’s been tied by decades of contradictory, often compromising, laws and regulation"-- and that big mess has been largely grown and built with the assistance of guys like Petrilli, criss-crossing the country to advocate for those same government regulations.

Petrilli nods to Rick Hess's cage-busting while rightly acknowledging that the cages are real and need some work of their own. But he also likes the various faux programs like the Broad Academy, programs premised on the idea that a rich guy knows how best to create educational visionaries (or at least entrepreneurs who can figure out how to score some money in the ed biz).

And there's no question that being a public school administrator has become such a thankless job that attracting people for it has become difficult (Sign up today! None of the power and all of the responsibility!!)

But mostly Petrilli's working his way up to claims about the natural superiority of charters.

I just haven’t seen the kind of drive for continuous improvement in traditional districts that I’ve witnessed in charter networks like KIPP and Achievement First, where the very organizational DNA is obsessed with excellence and continuous improvement, always looking for more effective approaches to teaching and learning. I’ve got to believe that it’s something about the structure of the charter sector—its governance by mission-driven boards instead of local politicians; its ability to recruit and retain educators that share a vision rather than a collective bargaining agreement (and conventional preparation and certification); its sense of urgency driven by accountability to authorizers and funders—that makes the difference. If I were a philanthropist, I’d support leadership development efforts, but mostly for charter schools rather than district ones.

And now we've slipped all the way from consideration of a real systemic issue in education into plain old advertising puffery and bullshit.

Charter schools have the quest for excellence in their very DNA?? Would that be a reference the widespread charter focus on recruiting and retaining only the best, cheapest-to-educate students? Or charters like the Success Academies with their Got To Go lists? Or the chains where teachers must follow the CMO's required playbook or else?

And you've just never, ever seen a public school system that is devoted to excellence and improvement? Because this is the kind of implication that can set off even the most tired BS detector. I will say many uncomplimentary things about charters, but I'd not suggest that every single charter stinks and displays the evils of some charters (like, say, the charters that are managed simply to maximize profit for their operator, or charters that are simply frauds, or even charters that appear to be managed to support a foreign national's political ambitions).

Nor do I buy Petrilli's claim that business management is somehow better than democratic election, that suits in a boardroom are better than local control, than elections, than democracy. Boardroom rule is superior in one respect- it frees the people in the boardroom from having to listen to any voices but their own, from having to consider any needs or concerns except their own.

And while I have no doubt that there are people who really, sincerely believe that an oligarchy is better than democracy, I don't believe anyone with eyes and a brain could believe that charters have a great ability to recruit and retain teachers. Heck, the widespread charter love of Teach For America bodies is witness that much of the charter sector doesn't even want to retain its teaching staff.

That plus the parenthetical denigration of professional educators (you know-- the people who actually chose teaching as a career and spent their college years preparing to do it through those dastardly conventional means) makes this paragraph qualify as one of the most insulting ones Petrilli has ever written. Yes, somehow, the professional concerns of people who have chosen to dedicate their lives to education-- these folks are somehow less compelled to do a good job than functionaries with businessmen looking over their shoulders.

There's no doubt that a venture capitalist with a school to staff can make school leaders an attractive offer-- I'm thinking here of Carl Icahn and his recruitment of Jeff Litt to run his tax shelter charter school. But the belief in a Beloved Genius Leader as a solution to school problems is just a ramped-up version of the Hero Teacher, and just as destructive.

The best school management, the healthiest, most productive, most student-friendly school management is mostly about getting out of the way. Set the course. Help your staff see the goal. And then do everything you can to get your staff the space to do their thing. A good manager is like a good roof or a good offensive line, making sure that teachers have everything they need to be their best selves in the classroom so that students get the best teaching possible. Ironically, a manager's greatest power is the power to mess things up. There are a million ways that a bad manager can get in the way of her people and keep them from delivering great work. And the history of the last decade-plus of ed reform is the history of policies that demand that administrators get in the way, requiring them to impose false artificial one-size-fits-all, counter-education goals on their staff.

The best public school management balances a hundred hundred factors-- the particular students, their families, the staff, the board, the community, and on top of that, whatever state and federal requirements have been piled on.

It's possible that charters do have an advantage for a simple reason-- cut off from accountability to the community, fewer parents, fewer students (and far fewer challenging students), and under no obligation to keep the students that come to them, charter school administrators generally have far more people they can disregard.

The trick of coming up with administrative change agents is not mysterious. More resources. More freedom to get the job done. Fewer constraints on exactly what you're supposed to do. Better pay. And way more trust. Like most charter "innovations," it's something we could easily do in public schools if policy makers just got out of the way and provided the necessary resources.

Posted by Peter Greene at Thursday, July 28, 2016
Email ThisBlogThis!Share to TwitterShare to FacebookShare to Pinterest