Amazon Inspire Off To Rocky Start with Piracy Problems

Amazon Inspire is intended to be Amazon's entry into the teacher resource market, a place where teachers could find "tens of thousands of free lesson plans, worksheets and other instructional material," all accessed through the familiar Amazon interface, complete with searches and starred reviews. As laid out by the NYT, this venture is meant to be the point of the spear for Amazon, driving straight for the heart of the ed tech industry (plus one more great way to collect lots of user data). 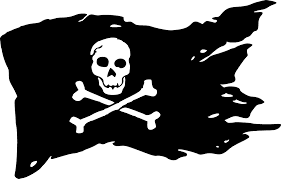 Teachers can already get in on the Beta ground floor and reap the many benefits, including one more opportunity to give teacher plans away to a for-profit company. It's a business model that is all over the place-- as a teacher I'm supposed to give away my self-developed teaching materials and ideas while making use of other teachers' materials and some company makes money off the both of us, either through selling advertising, collecting data and selling that, or in the ballsiest approach, charging me for the materials that another teacher handed over for free. The Amazon model (like the Microsoft and Google and Apple models) is also about developing brand loyalty and getting you used to shopping at one particular outlet where you become accustomed to meeting all your teacher needs.

The foundation here is the foundation of most internet business models-- if you can get a bunch of people to work for you for free and create content for you for free, you can make a ton of money (and yes, I fully recognize that by blogging on a google-owned platform as well as contributing to Huffington Post, I contribute to that model-- we all make our own compromises in this world).

But Amazon is in trouble already.

As reported last week at EdSurge and the New York Times, it became immediately apparent that some of the materials on the site were not so much donated as stolen:

One day after Amazon announced that it would introduce Amazon Inspire, a free instructional resources site where teachers could share lesson plans, the company said it had removed three items from the site after educators complained that the products were copyrighted materials

One educator, Laura Driscoll of the Social Emotional Learning Workshop, left a comment on our story about Amazon Inspire expressing strong feelings about the theft of materials:

"There a number of resources available on the site which are clear copyright infringement not uploaded by the owners of the material. Rather than open source, it strikes me as a pirated material market that Amazon collects ad revenue and buyer habits on."

To add to the embarrassment, two of the pirated sets of materials apparently came from teacherspayteachers.com, another site competing for the same market. 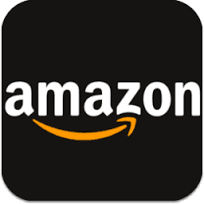 I'm going to let Amazon contribute their logo to this blog

And all of that was basically within the first twenty-four hours. What are the odds that more pirated material is going to turn up?

Users of Amazon Inspire upload materials to the site, so Amazon is somewhat at the mercy of users' A) good will and honest intentions and B) users' ability to know the difference between open source and copyrighted materials. That means that Amazon is also at the mercy of its own ability to monitor and screen the Inspire site. They may have wanted to create a teachers' Youtube, but ended up with the teachers' Napster instead.
Posted by Peter Greene at Thursday, July 07, 2016