Last year, Nevada passed a voucher law that was a big wet kiss to reformsters and everyone else who wants to dismantle public education.

It's about the simplest voucher law we've ever seen. The state of Nevada will pay you $5,100 to take your kid out of public school. You can spend your $5,100 on a charter school, a private school, a religious school, or on supplies to home school (does a new roof for my home school building count, I wonder). Unlike other voucher laws which are specifically aimed at poor students or students with disabilities, this law has no limits-- it's for everybody. 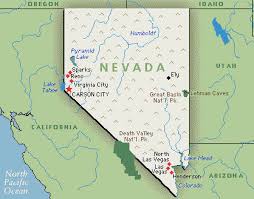 The economics are weak as well. Poor kids get a full $5,700 for their vouchers, which is enough money to get into pretty much none of the private schools available (and of course those schools don't have to accept them even if they can make up the difference). Why is it that voucher  and faux voucher choicey programs, the ones that say "All students deserve the same school choices as rich kids" never propose that taxes be raised so that students can receive the kind of money that really goes with those choices?

Instead, we get the usual weak bromides, like the law's sponsor, Senator Scott Hammond, telling the Washington Post, "Nothing works better than competition." This despite the utter lack of proof that competition in any way improves education.

The Nevada voucher law will now have its day with the state Supreme Court. Well, sort of. As the Las Vegas Review-Journal reports, "A ruling isn’t expected in either case. Both sides, however, acknowledge that when the Supreme Court holds oral arguments in two lawsuits Friday it’s likely to have a ripple effect throughout the country."

The Friedman Foundation for Educational Choice is on the scene to file amicus briefs, along with the usual cast of characters on both sides. But voucher supporters have extra help-- the state's attorney general is being aided by former U.S. Solicitor General Paul Clement, who is on a half-million dollar retainer. The two cases (one brought by the ACLU, and one by a parent) kicked off yesterday.

So now we wait to see if Nevada can, in fact, pay parents with tax dollars to abandon public education.